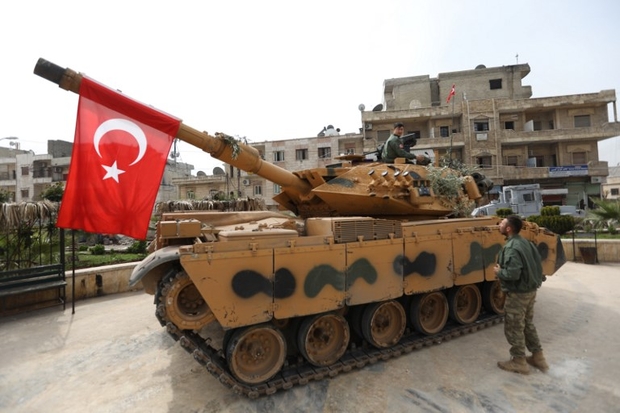 Russia expects Turkey to return back Afrin to the control of the Syrian government, Russian Foreign Minister Sergei Lavrov said on Monday.

“[Turkish] President [Recep Tayyip] Erdogan has never said that Turkey wants to occupy Afrin. We always proceed from the fact that the easiest way to normalize the situation in Afrin now that Turkish representatives say that the main goals they set there have been achieved would be return to the territory under the control of the Syrian government,” Lavrov said, according to Sputnik International.

His remarks point to the existence of disagreement between Turkey and Russia over the terms of Turkish military presence in Afrin.

Turkey launched an offensive in late January to uproot People’s Protection Units (YPG), a U.S.-backed militia linked with Kurdistan Workers’ Party (PKK), from the enclave. Last month, after a fierce fighting that lasted one and half month, the Turkish troops and its rebel allies drove the YPG from the city.

While the Turkish authorities previously announced that the objective was achieved, there are mixed signals. President Erdogan even suggested the appointment of a Turkish governor to the city, arousing a backlash from pro-Kurdish People’s Democracy Party (HDP) in Turkish Parliament, which called the move akin to occupation mindset.

Moreover, the Turkish president floated the idea of expanding Turkey’s military campaign to other northern Syrian cities as well, in a drive to eliminate YPG’s presence across the Turkish border.

That push opened cracks within relations with the U.S., especially over Manbij. The Kurdish-held city of Manbij has emerged as the epicenter of a simmering diplomatic showdown, with the unpleasant prospect of an inadvertent military clash between two NATO allies.