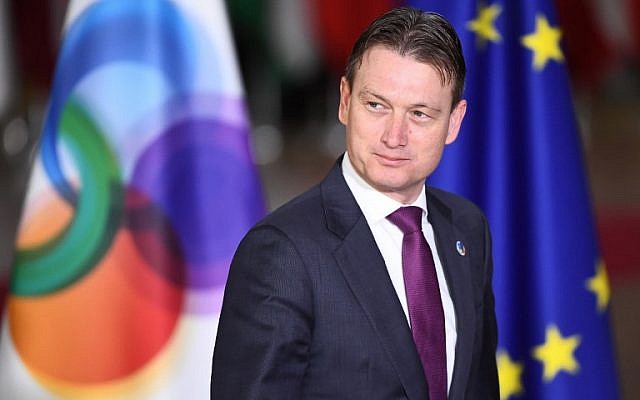 The Netherlands withdrew its ambassador from Turkey and said it would not allow Ankara to place its envoy in the country in a new diplomatic spat that sent the ties into new lows.

Relations have deteriorated in the past 12 months after Dutch officials barred a Turkish minister from attending a rally in Rotterdam on the eve of general elections in the Netherlands.

Despite recent talks between the two countries, “we have not been able to agree on the way normalization should take place,” Foreign Minister Halbe Zijlstra said in a statement.

The Dutch government has, therefore, “decided to officially withdraw the Netherlands’ ambassador in Ankara, who has not had access to Turkey since March 2017,” the foreign ministry added in the statement.

She had defied a Dutch government ban on attending a campaign rally of Dutch-Turkish citizens in favor of last April’s referendum which expanded the powers of Turkish President Recep Tayyip Erdogan.

Protests erupted in Rotterdam as she was escorted out of the country without being able to address the rally.

Riot police had to move in to break up an angry demonstration using dogs, horses and water cannon.

Furious Turkish officials demanded an apology for the minister’s treatment from Prime Minister Mark Rutte and blocked the Dutch ambassador, who had been abroad at the time, from returning to Turkey.