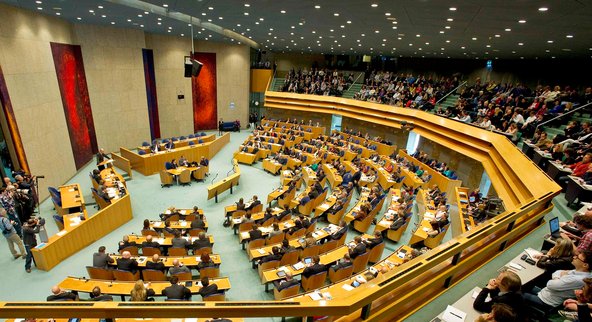 Dutch MPs Thursday overwhelmingly voted in favor of recognizing the 1915 massacres in late Ottoman period as “genocide”, in a move likely to further worsen already-strained ties with Turkey.

“The motion is accepted,” parliamentary speaker Khadija Arib announced after the lower house voted 142 to 3 in favor of the proposal “that parliament in no uncertain terms speak about the Armenian genocide.” It also agreed to send a cabinet representative to Yerevan in April for the commemorations of the killings.

Armenians have long sought international recognition for the 1915-1917 killings under the Ottoman Empire as genocide, which they say left some 1.5 million of their people dead.

But Turkey — the Ottoman Empire’s successor state — argues that it was a collective tragedy in which equal numbers of Turks and Armenians died.

Meanwhile acting Dutch Foreign Minister Sigrid Kaag quickly tempered the motion, saying even though the ruling four-party coalition voted for the motion, the government will “restrain” itself. “Cabinet will therefore not follow the House in this matter,” said Mr. Kaag.

“We’ll pay our respects to the victims and relatives of all massacres of minorities,” Mr. Kaag said, stressing that the cabinet would not make a judgment on whether there had been “a genocide.”

For some years, the Dutch government has taken a nuanced position, speaking of the “question of the Armenian genocide”, with Mr. Kaag reiterating Thursday that that would remain the case. A motion by the far-right Freedom Party proposing that the government must recognize the killings as “genocide” was rejected by MPs.

Ankara vehemently rejects the term “genocide,” saying up to 500,000 died when Armenians rose up and sided with invading Russian troops in World War I.

So far, parliaments in more than 20 countries, including Germany, have voted for laws or resolutions explicitly recognizing the Armenian “genocide.”

Pro-Kurdish Party: Turkey Lying About ‘No Civilian Deaths’ in Afrin