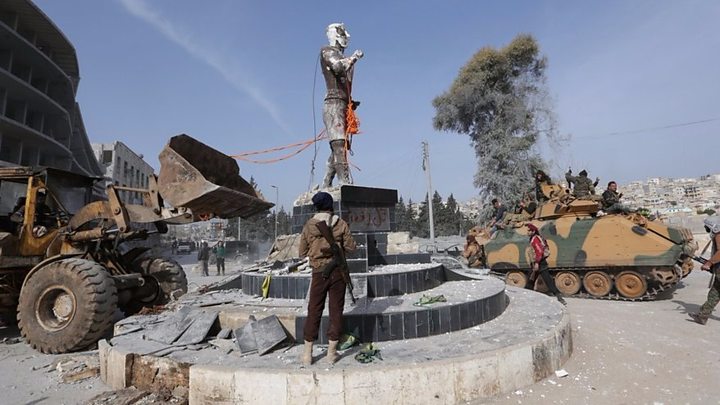 Turkey and the U.S. offered conflicting accounts over their diplomatic efforts to reach an accord over Kurdish-held Manbij in northern Syria, with Washington denying an agreement over the withdrawal of the U.S. forces from the city.

On Monday, Presidential spokesman Ibrahim Kalin stated that Turkey and the U.S. reached a deal over Manbij.

“Well, that’s funny, because no agreement has been reached,” she said, adding that the U.S. has nothing to announce about the resumption of talks on the issue.

Turkish Foreign Minister Mevlut Cavusoglu on Wednesday provided a different perspective, saying that Turkey and the U.S. reached an “understanding, not an agreement” over who would secure Manbij once the U.S. pulls out its forces from the city.