Confusion Over Whereabouts of Turkish Teachers in Kosovo Linger 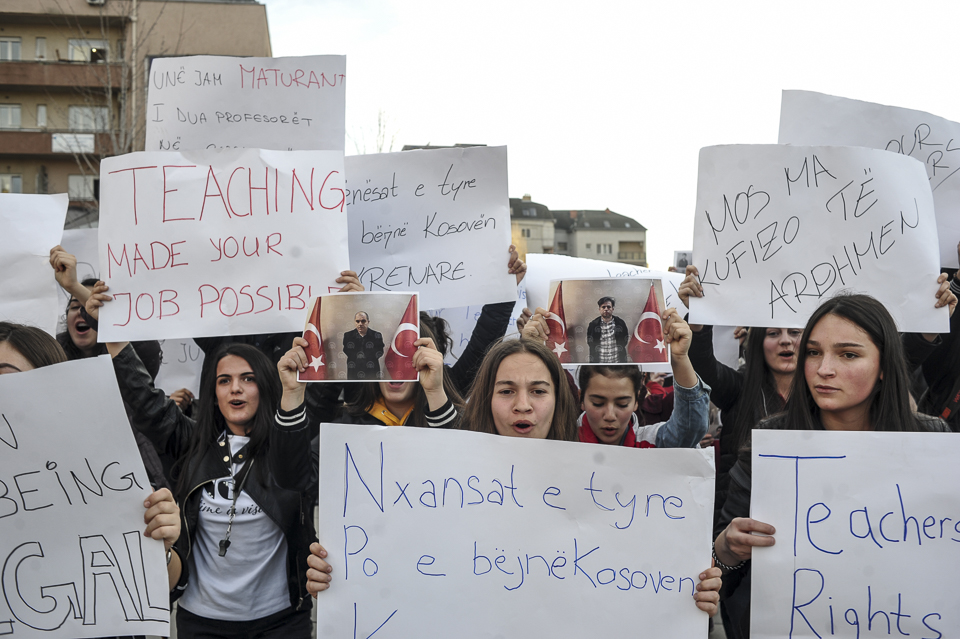 A day after the arrest of six Turkish civilians in an unlawful way, an event that sent Kosovo into an ensuing political turmoil, leading to the dismissal of the interior minister and secret service chief, the confusion over whereabouts of the arrested lingers with no official answer.

Though Kosovo Prime Minister Ramush Haradinaj condemned arrests and “unacceptable expulsions” of five teachers and one doctor linked with President Recep Tayyip Erdogan’s chief opponent,  the story is far from over.

Both Prime Minister Haradinaj and President Hashim Tachi claimed that they were not informed by police about the operation. Their confessions had broad ripple effects across the political spectrum, galvanizing a public angry with the incompetence and imprudence of their leadership.

“Yesterday’s operation is unacceptable and contrary to our values, our State’s principles,” Mr. Haradinaj said.

President Erdogan said senior members of Gulen Movement were brought to Turkey by spy agency MIT. He praised the MIT for its shrewd operation and the capture of the Gulenists.

But the confusion over whether the teachers are still in Kosovo or they were extradited to Turkey remains to be a matter of enduring controversy.

Saniye Ozkan, the wife of Cihan Ozkan, said she confirms that teachers are at the airport and families wait there.

Wife of the arrested teacher says they are being kept in Pristina airport. #KosovoStopExtradition https://t.co/WyWCwXq0oa

Her remarks came after Leutrim Syla, a lawyer representing the arrest teachers, also wrote on Twitter that educators were detected at the airport.

URGENT!
From a trustworthy source from 'Gulistan' Education Institution we are informed that the 6 Turkish citizens have been seen in the "Old Building" at the 'Cargo' of the Prishtina Airport at 19.00. We urgently ask from Kosovo authorities to take action.

Kosovo sacked its interior minister and the chief of its intelligence agency after arrest and deportation of Turkish teachers linked with President Recep Tayyip Erdogan‘s opponent.

Kosovo’s prime minister on Friday condemned “unacceptable expulsions” by his own country to Turkey of six members of U.S.-based Muslim cleric Fethullah Gulen‘s movement blamed by Ankara for a 2016 coup attempt.

Ramush Haradinaj says he was not informed about the arrests of the six men — five of them described by Kosovo officials as teachers in a Gulen school — who were taken back to Turkey on Thursday.