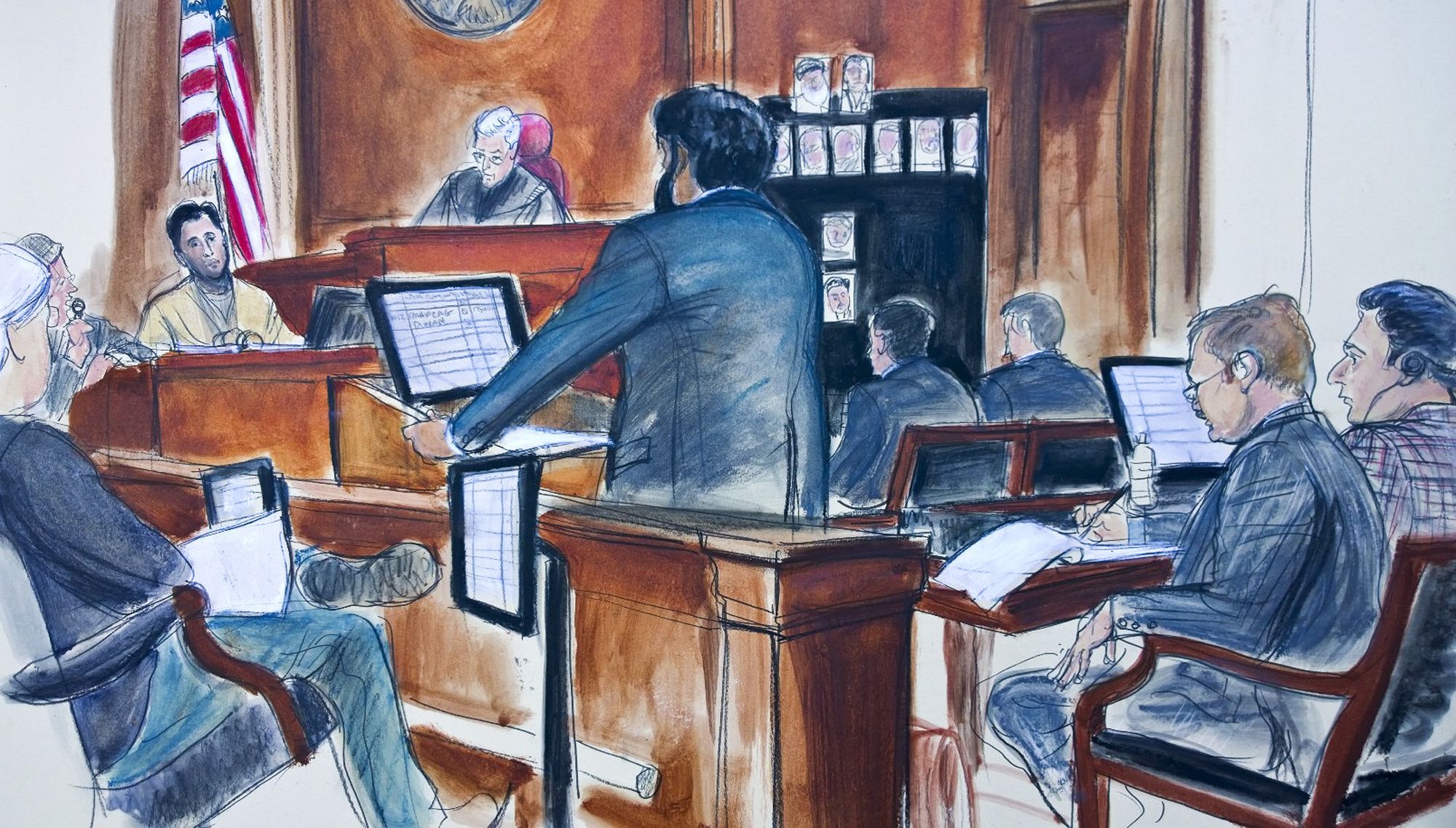 After direct examination of Reza Zarrab, a star witness in a high-profile trial that roiled the Turkish-U.S. relations, by prosecutors ended, defense lawyers of Halkbank executive Mehmet Hakan Atilla began to cross-examine the gold trader in an effort to reveal the inconsistencies and discrepancies in his testimony.

Mr. Zarrab who testified for the fifth day at the courtroom in the sanctions-evasion trial. He continued to provide information about his gold trade and sham food trade in a scheme to evade and bust U.S. sanctions against Iran.

After prosecution’s examination ended, it was the turn of the defense team to question the witness who decided to cooperate with the U.S. prosecutors to get a lesser jail sentence.

Cathy Fleming, the leading veteran attorney representing Hakan Atilla, the only defendant in the case who faces charges of orchestrating the evasion-scheme at the state-owned Halkbank, asked one question after another, revealing the weak parts in Mr. Zarrab’s testimony.

Only a day before, the defense team accused the prosecution of failing to provide all exculpatory materials on time, passing the deadline set by Judge Richard Berman, therefore violating the due process by acting slow.

On Monday, Atilla’s lawyers sent a letter to Judge Richard Berman, arguing that the prosecution did not provide essential documents that might have helped the defense. Judge Berman dismissed the objection.

The defense team said that the prosecutors did not release several records of prison phone conversations of Reza Zarrab on time. Those records might seriously undermine his credibility as a witness as the Turkish-Iranian gold trader appeared to be willing to lie to get out of the jail.

Still, the judge urged the prosecution to turn over evidence to the defense more promptly.

During today’s cross-examination, Ms. Fleming revealed that both Mr. Zarrab and Mr. Atilla were never fans of each other.

When the lawyer asked, Mr. Zarrab said Hakan Atilla has never asked for money, and he has never paid bribes to the bank executive.

He admitted that he never liked Atilla, complained about him to Halkbank CEO Suleyman Aslan during his meetings. Hakan Atilla also disliked Zarrab.

During her questioning, the central aim of Ms. Fleming was to draw a line between Halkbank executive, a bank official who did not engage in any bribery and other illicit trade, and its general manager who was the main beneficiary of Mr. Zarrab’s bribe scheme.

Another finding was that Mr. Zarrab did not even have Hakan Atilla’s mobile phone number, did not have any chatting on the phone with him. His main contacts with Suleyman Aslan.

Erdogan Retracts Threatening Remarks About Moving Assets out of Turkey