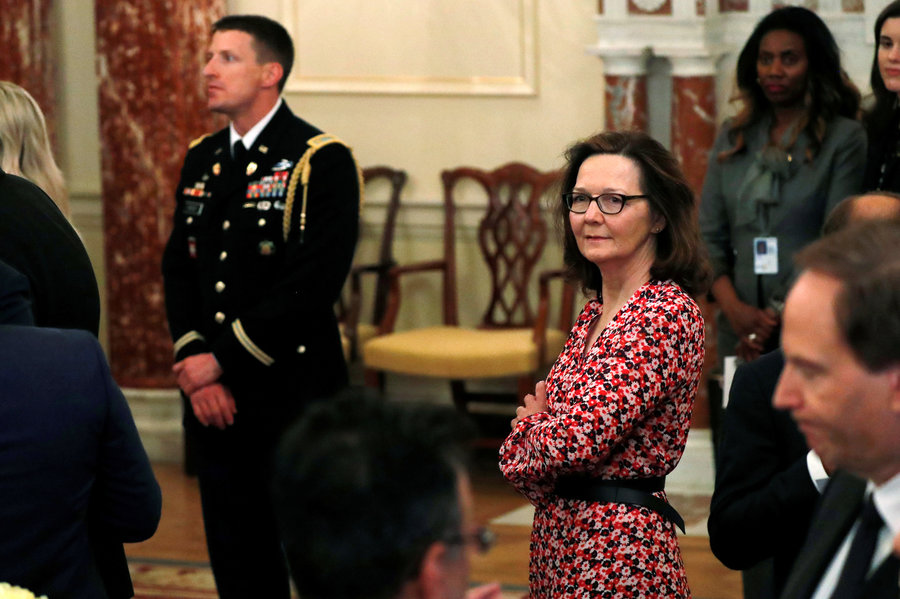 Haspel who is scheduled to go through a tough confirmation hearing at Congress on Wednesday divided experts and politicians over her involvement in some of CIA’s controversial practices abroad.

Still, she has an extensive record of career service and proved herself to be a shrewd intelligence officer. According to the U.S. media, many CIA staff members accrue a certain degree of respect to the veteran officer whose endorsement of torture in the fight against terrorism will be one of the central points to be picked by congressmen against her.

If she wins congressional approval, she will be the first female agent to run CIA amid mounting challenges at home and abroad.

She started her career as a case officer in 1985 and served in many continents and countries. She is partially fluent in Spanish and French, and later learned Turkish and Russian in later phases of her career at the agency.

White House presents Haspel as the best candidate to run the agency.

Gina Haspel, my highly respected nominee to lead the CIA, is being praised for the fact that she has been, and alway will be, TOUGH ON TERROR! This is a woman who has been a leader wherever she has gone. The CIA wants her to lead them into America’s bright and glorious future!

Among other things, she is expected to be questioned by Congress over her involvement in the destruction of 92 CIA videotapes featuring detainees being subjected to waterboarding. Her oversight of a “black site” in Thailand in 2002, according to USA Today, is another hot topic that could draw further scrutiny and attention during the hearing.

Turkey and the U.S. have had turbulent relations for a period of time. How new CIA nominees’ knowledge of Turkey would affect the U.S. approach toward Ankara remains to be seen.

Presidential Candidates Vying For Soul and Future of Turkey