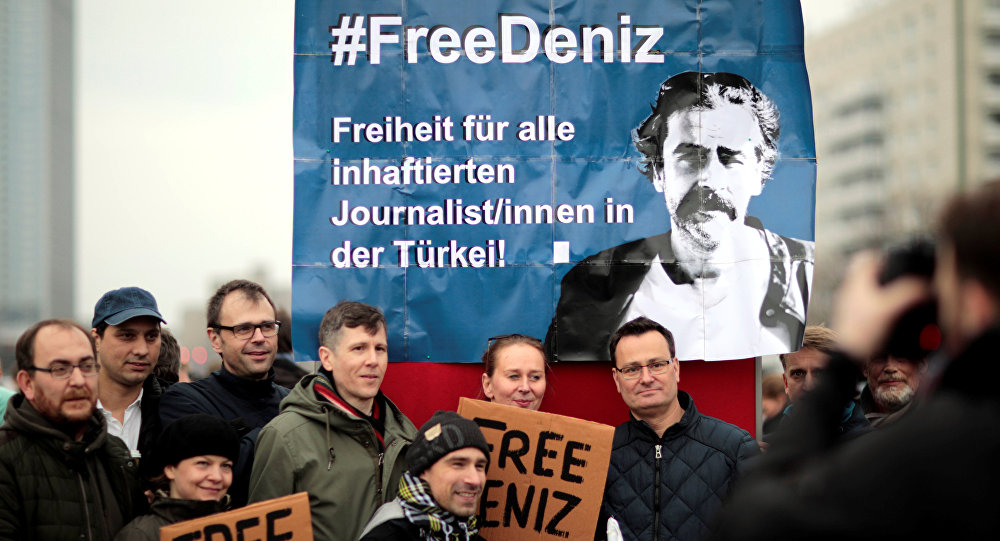 The strained relations between Turkey and Germany have seen signs of gradual progress after releases of several German nationals who remained in Turkish custody for several months.

Turkish authorities lifted a travel ban for a German citizen who was briefly placed behind bars while he was en route to Jerusalem for a planned pilgrimage, German foreign minister said on Friday.

David Britsch, the German citizen who was detained by the Turkish police several months ago, finally returned home.

“Months of uncertainty and waiting in Turkish pre-deportation custody are finally over,” he said, without offering further elaboration over the case.

Germany’s relations with NATO ally Turkey plunged into an enduring period of discord and stress exacerbated by Ankara’s crackdown on domestic rivals, dissent and foreign nationals, including arrests of a number of German nationals, in the aftermath of a failed coup in 2016 summer.

Mr. Bristch was detained near Syria border while he was on a pilgrimage to Jerusalem on foot, according to the German daily Die Welt.

For despite all positive signs for an emerging thaw in strained relations, Ankara has rebuffed persistent German demands for the release of Die Welt reporter Deniz Yucel, who has been in jail for nearly a year over terrorism charges.