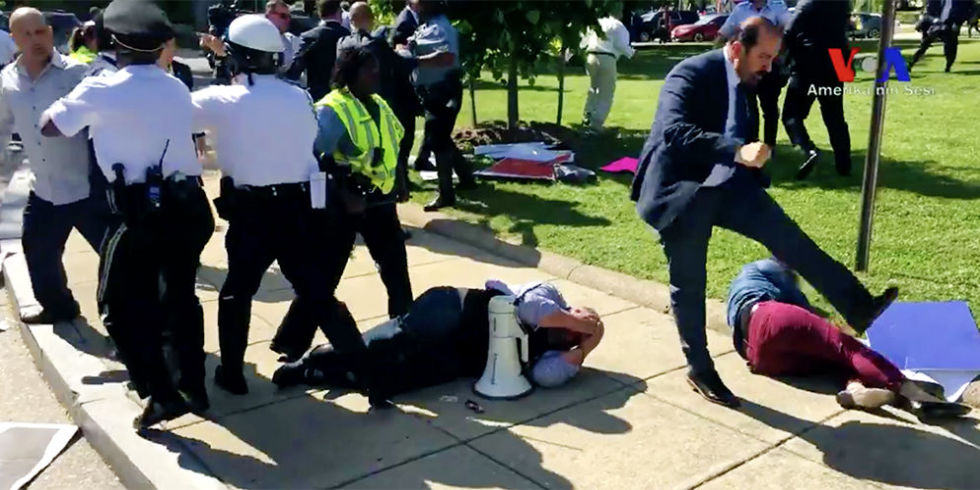 A group of Turkish security officials and Mr. Erdogan’s supporters attacked pro-Kurdish protesters during his visit to Washington in May, an incident that raised tensions between the US and Ankara.

Sinan Narin and Eyup Yildirim both pleaded guilty to “Assault with Significant Bodily Injury” and were sentenced to a year and a day in jail under plea agreements, according to the documents.

A Washington police spokesman described the incident as “a brutal attack on peaceful protesters,” and the U.S. government subsequently froze arms sales to President Erdogan’s bodyguards.

A total of 19 people including Turkish security officials were identified from video footage of the May 16 clashes outside the residence of Turkey’s ambassador and indicted, though almost all are still at large.

Turkey’s foreign ministry reacted angrily to the indictments, protesting “in the strongest terms that such an unjust and biased indictment, with names of people that have never been to the U.S., has been accepted.”