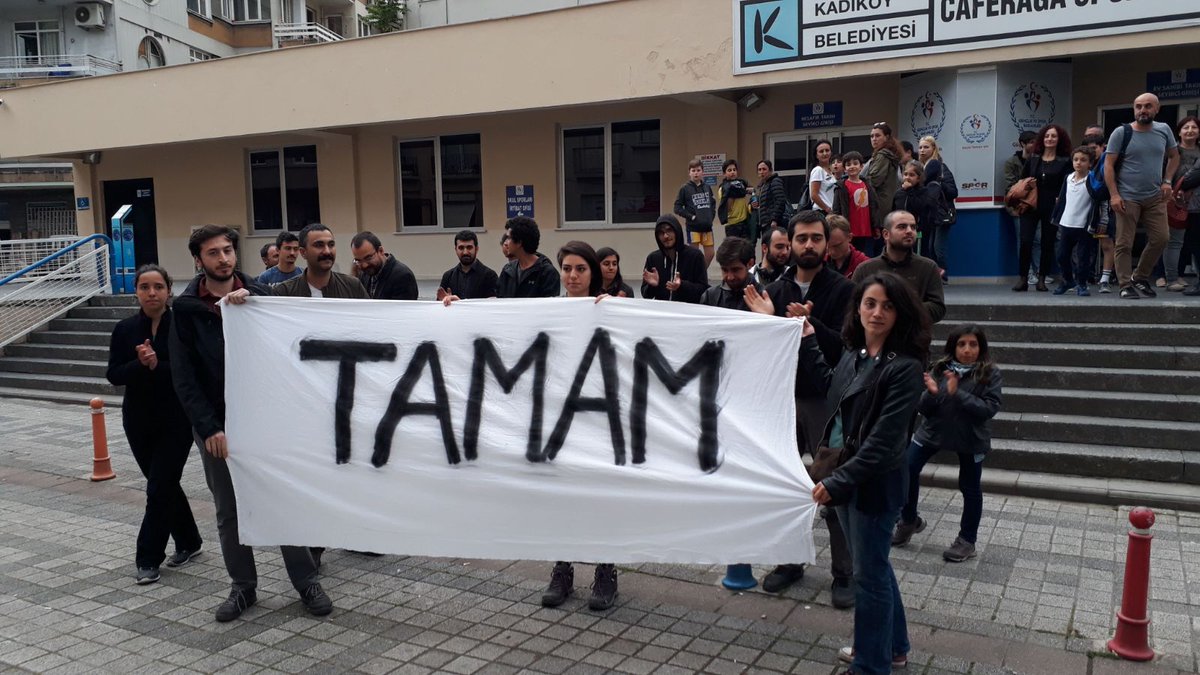 Thousands of people vented their frustration with President Recep Tayyip Erdogan’s administration, saying ‘Enough’ to his 16-year rule of Turkey in a mass display of discontent.

Since his party’s ascension to power in 2002, current President Erdogan has mainly mastered campaign trails, crafted creative slogans and campaign programs, appeared always ahead of his political rivals. He both dominated discourse and the election landscape. But no more.

When, on Tuesday, he signaled that he would relinquish power if people say ‘Tamam,’ — that’s enough in English — on the election day, it aroused powerful repercussions beyond his intention and control. That remark has suddenly become the main rallying point for a normally divided opposition, unwittingly uniting them around a powerful slogan. It plunged tech-savvy Turks into a frenzy in social media, with opponents expressing their discontent around a new slogan “That’s enough.”

The president initially attempted to dispel fears that he might never cease his hold onto power even if he loses the election. While aiming to prove his fealty to democracy by highlighting the people’s will as the final arbiter of political disputes, he accidentally let the gene out of the bottle. 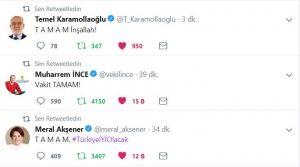 The word has become the uniting slogan of the opposition. “The kettle was dysfunctioning, hence the delay. TAMAM, tweeted Selahattin Demirtas, the jailed candidate of Pro-Kurdish People’s Democracy Party (HDP).

Recalling Gezi Park protests, which swept entire Turkey in 2013 summer, thousands of people flocked to streets in Istanbul and other cities to express dissatisfaction and exasperation with the Erdogan rule.

In some places, Turkish police intervened to disperse protesting groups.

Stunned by the level of public support for “TAMAM,” the pro-government media came up with headlines like “DEVAM,” which means Continue, Go on, or Keep on in English.