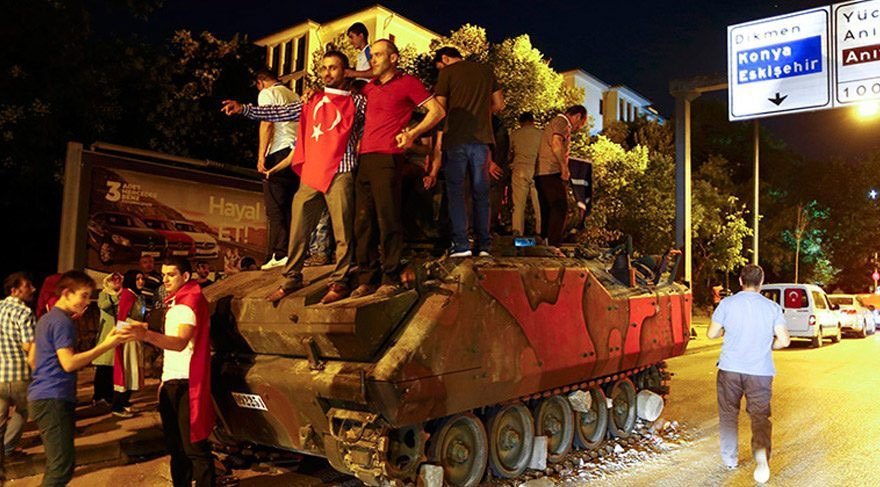 As political controversy over the latest government decree deepened, there is an emerging clash of interpretations over how to read a certain article adopted to protect citizens who helped the government in beating back putschists on July 15 and 16 of last year from any legal probe for their actions during the turmoil.

The Decree No: 696 published by the ruling Justice and Development Party (AKP) dismissed 2,700 public officials from vast sectors of civil service and security bureaucracy.

But more than dismissals, a certain article added to the decree generated fresh controversy. The article says those who took active roles in defeating putschists alongside the government would not face any financial, legal, administrative or criminal investigation for their actions during the coup and in its aftermath during the state of emergency.

It sparked public outrage. Critics say those people who mob lynched the young soldiers on the bridge would now go away without punishment or any investigation.

The decree even disturbed former President Abdullah Gul. He urged the government to revisit the decree, arguing that its nature is incompatible with the rule of law.

On the surface, the decree was designated to provide a legal protection for government supporters for their actions on the day of the coup. But another sentence in the same article further complicates the matter. The nub of the argument is that the decree also provides a cover, a legal shield for government supporters to suppress any anti-government unrest in the future as well. The time coverage of the decree is not limited or restricted to the coup day or its aftermath during the emergency rule.

Professor Burhan Kuzu, a constitutional expert and an aide to President Recep Tayyip Erdogan, acknowledged that the decree was designed to offer a legal protection to government supporters for their potential support to suppress any future case of unrest or an incident similar to July 15 putsch.

That means if a mass protest breaks out or an unrest takes place across Turkey, government supporters would act with impunity to push it back without any fear for legal repercussions for their actions, be it killing or harming protesters.

The opposition dubbed the decree as “Civil War” law to ensure the permanence of the government in power, to provide legal and illegal means to the ruling party in order to suppress protests, public rallies or unrest.