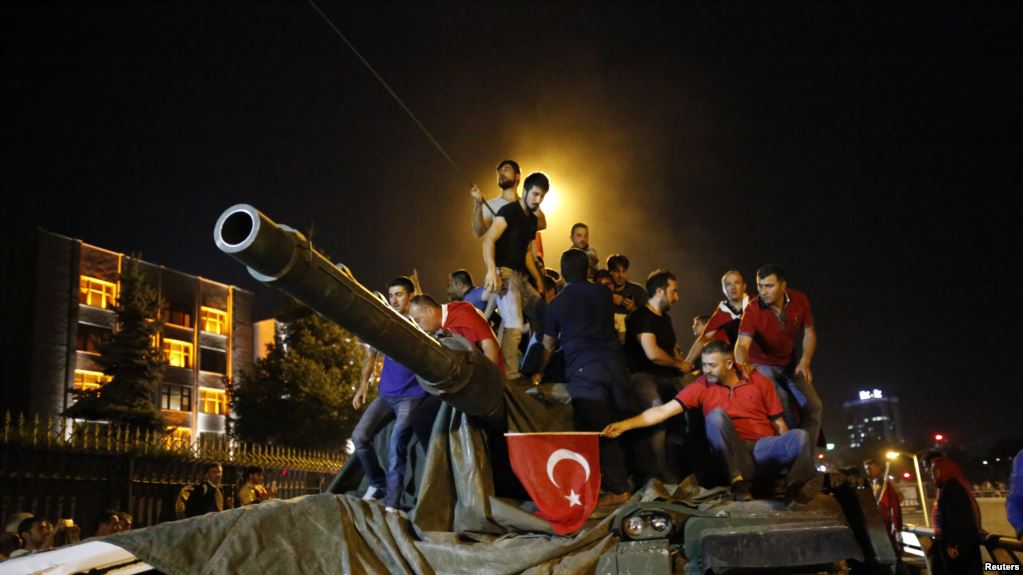 “If you kill someone the next day or the other and if you tell in your testimony that he was praising FETO and was preparing for an [illegal] activity, then you are free,” a lawyer said in a tweet that much well shared and resonated in social media after the publication of the latest decree.

On Sunday, the Turkish government enacted a new emergency decree, sacking more than 2,700 public workers, including diplomats, colonels and doctors, bringing the entire toll of dismissals to more than 150,000 since the last year’s failed coup.

As part of the decree, the government also introduced single prison uniform for inmates imprisoned in the aftermath of the coup. It generated a fresh political controversy, with opposition parties erupting in fury over the new practice.

It would destroy the social peace and herald a new fascist regime, 12 Bar Associations, said in a joint statement in protest of the proposed practice.

But a new article embedded in the decree appeared to be the most controversial one, triggering lasting debates in public realm and social media.

Dubbed as “Civil War” law by critics, the decree provides a legal shield, immunity from probes for those who actively took part in activities to push back the coup attempt on July 15. It also protects citizens who, whether they have official titles or not, helped the government to defeat anti-government activities, putsch or a public uprising from any legal investigation.

Whatever they did on the night of coup would not be investigated, the decree says. It also covers the aftermath of the abortive coup.

The indefinite time frame and the broad depth of its coverage provide immunity for government supporters if they help security forces to push back any potential mass anti-government rally or protest in the future.

“Individuals who took decisions or carry out decision and measures and who took active duty as part of all judicial and administrative measures to suppress coup attempt and terrorist activities on the day of July 15, 2016,” the article said, adding that “those who took an official duty as part of government decrees during the state of emergency would not face any legal, administrative, financial or criminal” investigation.

That, the article added, is also valid for citizens other than public officials.

This part constitutes the core of the controversy that engulfed public domain and intellectual landscape. It offers a legal shield for government supporters in case of suppressing unrest.

The decree also absolves public workers and security officials who would have involved in wrongdoing, including torture, while carrying out their duties both during July 15 coup and in its aftermath. It also shuts the door for investigations into July 15 events, including killings of civilians by unknown gunmen, and mob lynching of soldiers.

The new regulation reminds a law enacted by Nazis during 1934, which provided legal protection to pro-Hitler paramilitary groups for their activities to crush critical figures, communists and opponents of the Nazis.

In 1931, however, the newly established republican regime in Ankara enacted a similar law to offer a legal shield, amnesty to citizens and militia for their assistance to the security forces to defeat Kurdish rebels in Agri rebellion.

Former President Abdullah Gul was also critical of the latest decree. According to the former president, the decree, which he thinks was introduced to protect citizens who went to streets to resist the coup attempt on July 15, is very unclear and ambiguous in legal terms and is incompatible with the rule of law.