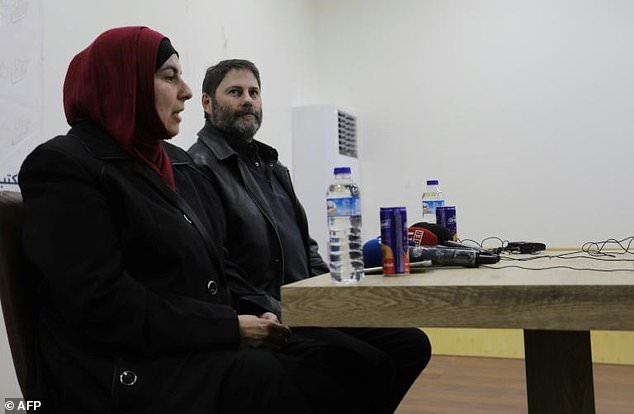 After weeks of captivity at the hands of extremist fighters in northwestern Syria, two Canadian citizens were released on Monday and handed over to Turkish authorities.

Jolly Bimbachi and Sean Moore were held for several weeks by Hayat Tahrir al-Sham (HTS), an alliance dominated by a former Al-Qaeda affiliate.

They had crossed into Syria in December 2017 from Lebanon, where Bimbachi was fighting a custody battle for her two sons, she told AFP.

“Things were going a long way, so I decided to take an illegal route and bring my kids through Syria into Turkey, and hopefully the Canadian embassy in Turkey will help us out,” Bimbachi said.

“It didn’t work out quite as I planned but I came into Syria on December 31 with a friend of mine, Sean Moore,” she said at Syria’s Bab al-Hawa border crossing with Turkey.

“They’re going to take us into Turkey, and in Turkey, we are going to meet someone from the Canadian embassy.”

She did not explain the whereabouts of her children.

Her husband reportedly took their two sons to Lebanon in 2015 and never returned, in what has been described in the Canadian media as a case of international child abduction.

A high-ranking figure involved in the transfer told reporters on Monday that the pair were picked up in northwest Syria by HTS.

Bassam Sahyouni said HTS then transferred them to affiliated civilian authorities known as the Salvation Government.

He insisted no money was paid for their release.

International child custody battles are not uncommon in Lebanon.

In 2016, an Australian woman was detained in Lebanon for allegedly abducting her two children from their Lebanese father in an operation filmed by an Australian television crew.