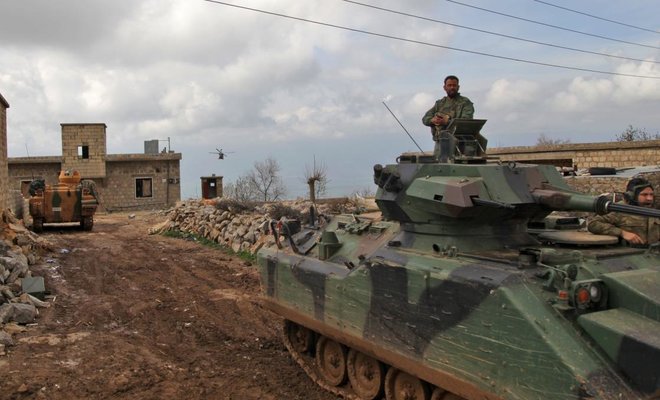 Turkish forces and allied Syrian rebels on Thursday took control of the key northern town of Jandairis from Kurdish militia, a monitor said.

“Turkish forces and allied Syrian rebels took full control of Jandairis, in the southwest of the Afrin enclave, after heavy and sustained bombardment by Turkish aviation,” the Syrian Observatory for Human Rights said.

A local rebel commander from the Turkey-backed Faylaq al-Sham group told an AFP reporter in Jandairis that the town was under full control.

“The entire city of Jandairis was liberated from the secessionist gangs,” said the commander, who goes by the name Abu Saleh, adding: “The fight will continue until the whole of Afrin is cleared of them.”