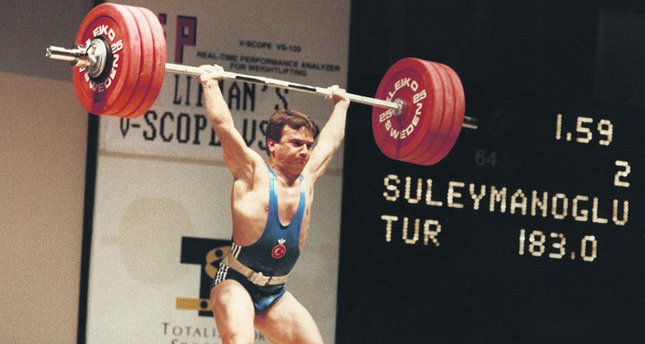 Naim Suleymanoglu, by all standards, was a legendary athlete in Turkey’s sports history. The weightlifter broke all records during his prime time, became a champion in three consecutive Olympic Games in the 1990s, a success that was a testimony to the feat of his remarkable achievements.

He was called ‘Hercules,’ he was short, but his stature among the Turkish youth was beyond imagination. That legend died on Saturday at the age of 50.

After years of heavy drinking, Mr. Suleymanoglu suffered a liver problem; he was desperately looking for a donor for a liver transplant. He underwent a liver transplant surgery on Oct. 6, the state-run Anadolu news agency reported.

Although initial signs of recovery reinvigorated hopes of doctors for a healthy comeback, his health steadily went worse. He was recently placed in the emergency care unit.

The end came on Saturday. A legendary figure who left his mark on Turkey’s otherwise poor record in Olympic Games passed away.