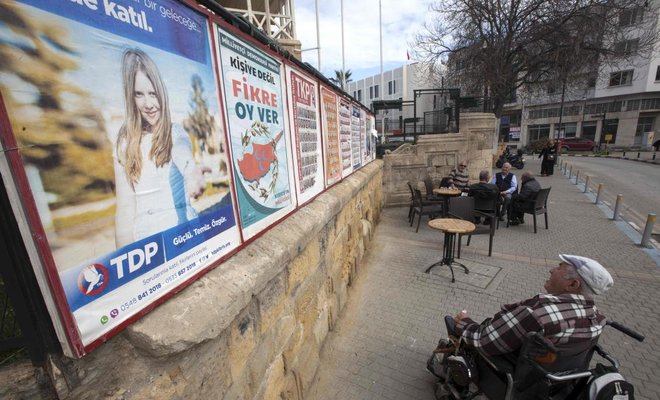 Turkish Cypriots in the northern part of the divided island went to the ballot box to cast their vote in a snap legislative election six months after the failure of U.N.-backed peace efforts.

More than 190,000 people are eligible to vote in the Turkish Republic of Northern Cyprus, a breakaway state only recognized by Turkey.

The Turkish security forces intervened in the island in 1974 after a Greek Cypriot military junta toppled the government in a bid to unite the island with Greece.

Since then, the island has remained divided. Despite efforts by generations of diplomats, a tangible settlement has never appeared to be within reach. Last year’s U.N. initiative, however, gave hopes to the observers and both sides that a deal could be achievable this time.

But that did not happen.

The vote in the north follows presidential elections in internationally recognized Greek Cyprus.