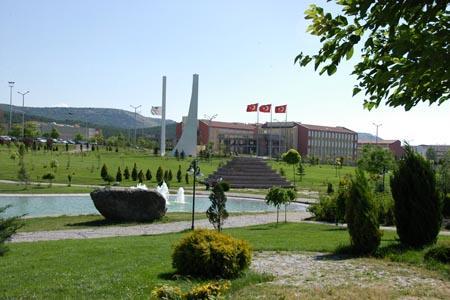 A research fellow at Osmangazi University in the central province of Eskisehir gunned down four staff members, wounding three personnel when he went on a rampage at a faculty dean’s office.

Deadly shootouts—often caused by arguments that degenerate into violence—are relatively common in Turkey. But a shooting on a campus is highly unusual.

Those killed were the deputy dean of the education faculty, faculty secretary and two lecturers at Osmangazi University, the university said in a statement.

The attacker, himself a researcher at the education faculty, was later detained after initially trying to flee the scene, the Dogan news agency said. Police were questioning him.

Eskisehir Governor Ozdemir Cakacak told media that office of Eskisehir Chief Public Prosecutor launched a probe to enlighten the root causes of the murders at the university after confirming that an academic killed four others with a gun.

Professor Hasan Gonen, the rector of the university, said the suspect had already been under investigation for accusing the personnel of having ties to “FETO.”

“FETO” is a label used by the authorities to describe Gulen Movement.

“He insulted them, he charged everybody with FETO ties. He was going through psychological problems,” he said.

“He was a problematic person… I believe he targeted the personnel as a result of psychological problems,” the rector added.

Eskisehir, a city of nearly one million, is on the railway line between Ankara and Istanbul and has rarely been the scene of any kind of violent attack.

Local media said that the attack sparked panic at the university, with both students and teachers in a state of shock.

Television pictures showed shocked staff and students gathering outside the university’s main entrance. Many ambulances were sent to the area.

Some pictures showed tearful staff speaking on mobile phones seeking to assure relatives that they were not harmed.

Turkey has in recent years been hit by a string of deadly attacks blamed on Kurdish militants and jihadists. However, there was no indication of any link between Thursday’s shooting and extremist activity.

Universities Emerge as Scenes of Political War Amid Arrest of Students