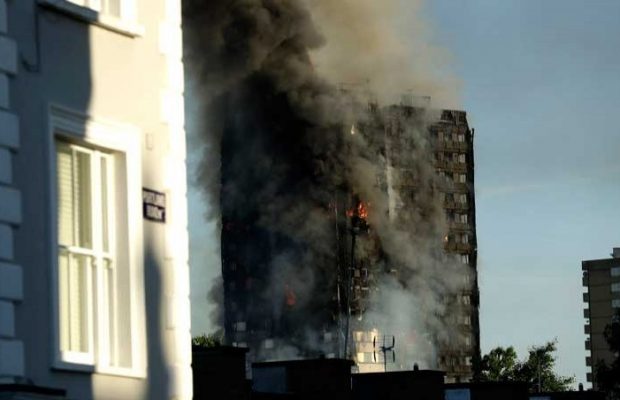 Flames engulfed a multistory hospital in Istanbul’s Gaziosmanpasa district, prompting firefighters and medical officials to rush to the scene to contain the expansion of the fire.

The huge fire caused panic and prompted a rapid evacuation of the patients.

Patients, some wearing oxygen masks, were wheeled out into the street in their sick beds while mothers were forced to leave clutching young babies.

Firefighters used elevation lifts to try to extinguish the fire at the top of the multi-story hospital building in the Gaziosmanpasa district of Istanbul.

However local officials said there were so far no reports of casualties although some patients may have been affected by the smoke.

‘So Far No Sad News’

Speaking at the scene, Istanbul governor Vasip Sahin said the fire services had managed to bring the blaze partly under control.

Echoing comments by other officials, he said there were no current reports of casualties. “So far there is no sad news. God willing, it will stay that way,” he told the crowds outside in comments broadcast by television.

Witnesses told Turkish television that the flames spread rapidly around the side of the building.

“The fire was knocking against the windows. It was terrifying,” one woman told CNN-Turk, without giving her name.

Sahin later told reporters said that the fire had been on the outer part of the building — rather than the inside — but a “lot of smoke” had penetrated inside which emergency services were now seeking to expel.

He added that some 70 patients had been evacuated outside and those in intensive care moved to a secure place inside the hospital that was not affected.

There was no immediate information on the cause of the blaze but Sahin said that two prosecutors had already been tasked to investigate.

“As soon as it is under control… we will establish the cause,” Prime Minister Binali Yildirim told a news conference, adding that 32 intensive care patients had been moved to nearby hospitals.

Pictures showed scenes of panic as staff and patients flooded into the street to escape the fumes.

The massive fire erupted in the afternoon on April 5, with officials started rapid evacuation of patients and personnel from the hospital.

In Global Manhunt, Ankara Says Brings 80 Gulenists Back to Turkey