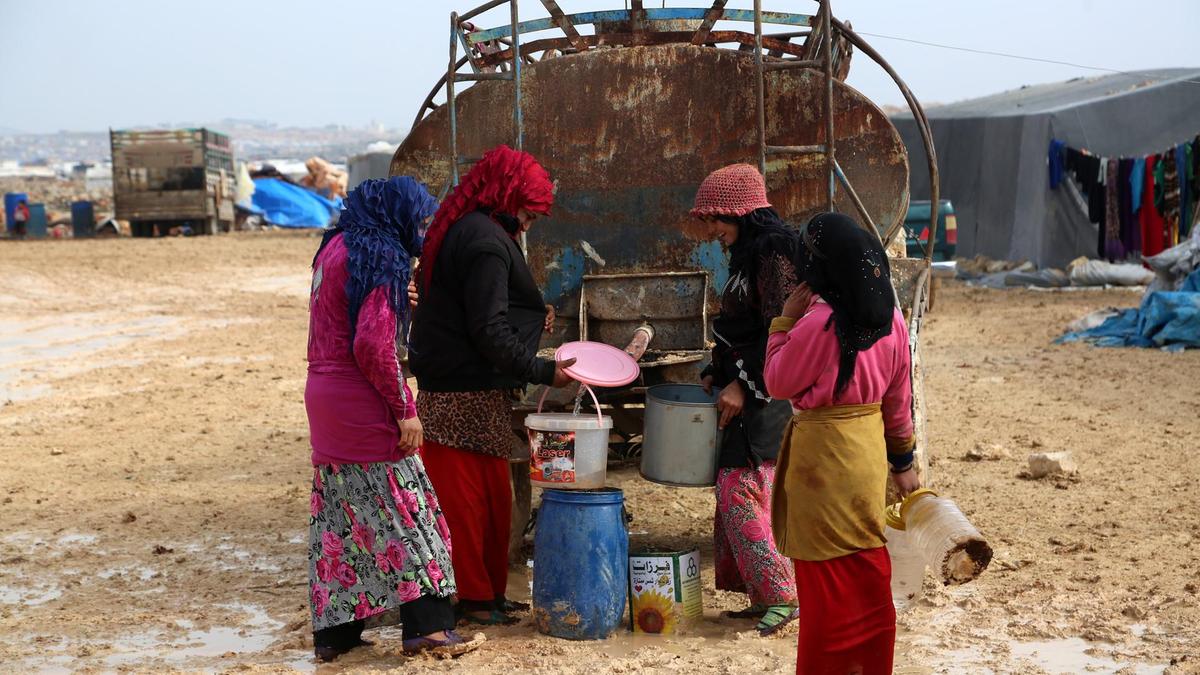 Turkey announced that it plans to build large refugee camps in northwestern Syria to settle at least 170,000 people who have been internally displaced by the prolonged civil war.

With aid agencies such as the Turkish Red Crescent and government-run AFAD emergency authority, Turkey, home to over three million refugees from the seven-year Syria conflict, has increasingly helped the displaced in camps on the Syrian side of the border.

He was referring to Turkey’s first offensive in Syria dubbed Euphrates Shield in August 2016 to March 2017, which targeted the ouster of the Islamic State (ISIS) extremist group and the Syrian Kurdish militia in an area east of Afrin.

In that operation, pro-Ankara Syrian rebels, backed by the Turkish army, liberated several areas from Jarabulus to Al-Bab from ISIS jihadists.

In January, the Turkish army launched another campaign against the Syrian Kurdish People’s Protection Units (YPG), which it designs as a terrorist outfit, in its border stronghold of Afrin in Syria.

Turkish humanitarian agencies have long been looking for camp areas around Azaz as well as Idlib if large numbers of civilians head for the border seeking safety from the bombardment in Afrin.

In the meantime, Mr. Aksoy has repeated Turkey’s call to the United States to stop working with the YPG in Syria.

“We have clear expectations from the United States. We expect them to take back the arms delivered to PYD-YPG,” he said.

The frictions over YPG and other issues have poisoned relations between Ankara and Washington which decided to set up working committees to address problems.

The first of such meetings will be held in Washington on March 8-9, Aksoy added.