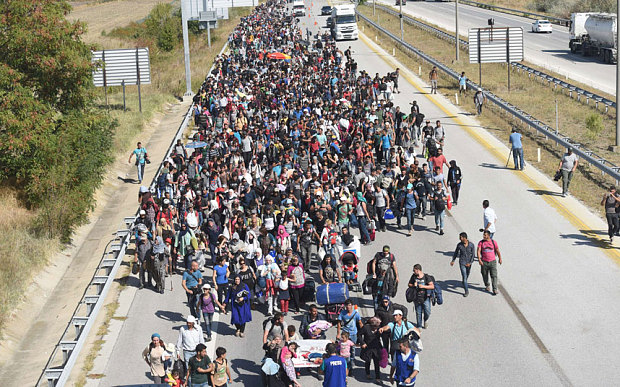 As Turkey recently struggles to cope with a new wave of Afghan immigrants entering the country from Iran, the interior minister claimed that the former U.S. ambassador to Ankara had a role in the surge of illegal immigration from Afghanistan, the new itinerary of the envoy.

“An ambassador who became a trouble for us here now has become the U.S. envoy in Afghanistan. He now stirs trouble there,” Interior Minister Suleyman Soylu said of John Bass, former U.S. Ambassador to Turkey, without naming him.

In the first four months of this year, more than 20,000 Afghan immigrants have illegally entered Turkey from Iran. Turkey, already overstretched by accommodating more than 3 million Syrian refugees, began to deport Afghans back to their country.

Soylu noted that the surge in the immigration and illegal entries to Turkey took place after the U.S. envoy was assigned to his new post in Kabul. He accused the U.S. of fomenting terrorism and facilitating international drug trade from Afghanistan to Europe through Turkey.

U.S. State Department Spokeswoman Heather Nauert dismissed the claim that Bass was responsible for the new wave of Afghan refugees as “absolutely ridiculous.”

Interior Minister Soylu attended a conference about border security in the western province of Edirne bordering Bulgaria and Greece.

During his address to the audience at the conference, Soylu accused Europe of being a satellite of the U.S.

He emphasized that the immigration has a profound impact on Turkey, more than any other country in the world. Citing that Turkey has 1,295 kilometers of land borders with Syria and Iraq, the country tries to deal with the flow of immigrants escaping wars, terrorism, displacement, famine and strife in their home countries.

“Especially we have 560 kilometers of borders with Iran from where Afghan immigrants come to our country,” he added.

Bulgarian Interior Minister Radev expressed understanding for Turkey’s lamentations regarding the immigration issue. He praised Turkey’s efforts to stem the tide of immigration to Europe in the past few years.

Soylu slammed the EU for failing to deliver on its end of the agreement regarding visa-free travel for the Turkish citizens, a scheme that never materialized two years after a migration deal between Turkey and EU.