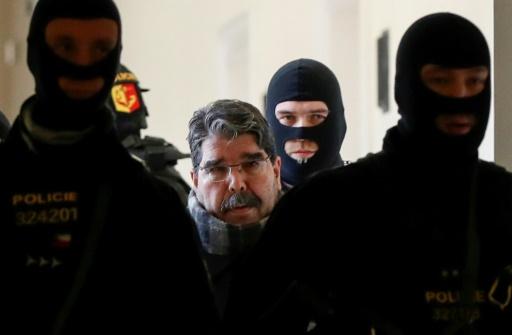 Saleh Muslim, the former co-chair of the Democratic Union Party (PYD), was detained late on Feb. 24 at an upmarket Prague hotel before a court released him last week.

Turkey says the PYD and its People’s Protection Units (YPG) militia are linked to the outlawed Kurdistan Workers’ Party (PKK), which has been waging an insurgency inside Turkey since 1984.

The PKK is blacklisted as a terror group by Ankara and its Western allies.

Turkish officials demanded the temporary arrest and extradition in connection with an attack in 2016, state news agency Anadolu reported.

An Ankara court last week issued an arrest warrant for Mr. Muslim after 36 people were killed on March 13, 2016, in a suicide car bombing in Ankara claimed by the Kurdistan Freedom Falcons (TAK), seen as a radical PKK offshoot.

Muslim has also been indicted in Turkey over a February 2016 bombing in Ankara that killed 29 people, and he faces up to 30 life sentences if convicted.

The Kurdish leader appeared at a demonstration in Berlin on Saturday against Turkey’s offensive launched on Jan. 20 and dubbed “Olive Branch” in the border region of Afrin in northern Syria targeting the YPG.

Turkish media published images of the demonstration in the German capital where there were flags with images of the jailed PKK leader Abdullah Ocalan and the YPG militia’s female branch, the Kurdish Women’s Protection Units (YPJ).

Mr. Muslim’s release on Tuesday by the Czech court caused immediate anger in Ankara, which said the move was “unacceptable” and showed “support for terrorism.”

The Czech Foreign Ministry hit back saying it rejected allegations that the court’s move “runs counter to the Czech Republic’s pledge to fight international terrorism.”

During the protest, Mr. Muslim told supporters he believed in Europe’s justice system despite Turkey’s actions.

“I would like to say we believe in the judges in Europe and this… Turkish game will never work in Europe.”

“I am now free and I will be free until we get the victory in Syria and Afrin,” he said, according to a video shared on Facebook by the PYD.

After US Embassy Closed in Ankara, Turkey Detains ISIS Suspects in Raids