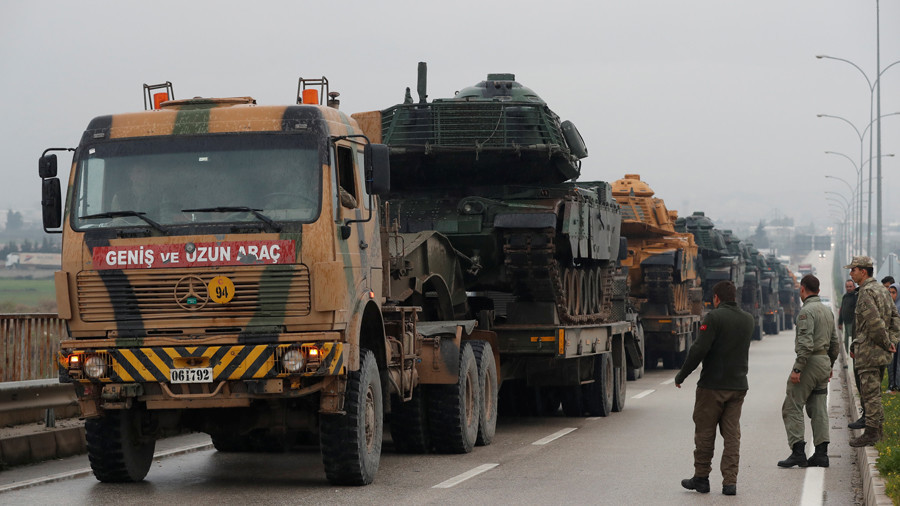 The Turkish authorities have ramped up the crackdown on dissidents who voiced objection to an ongoing military offensive against the Kurdish militia in the northern Syrian town of Afrin and detained at least 24 people.

On Monday, an arrest warrant has been issued for pro-Kurdish People’s Democracy Party (HDP) Deputy Chairman Nadir Yildirim, prominent Kurdish journalist Nurcan Baysal and more than 20 people over their critical views regarding the operation.

State-run Anadolu news agency reported that three social media users have been arrested over their “pro-PKK” posts. Turkey listed Kurdistan Workers’ Party (PKK) as a terrorist organization and has been fighting against the outlawed insurgents in southeastern parts of the country for more than three decades.

Ankara sees Syrian YPG militia as an affiliation of PKK.

The clampdown followed a threat by President Recep Tayyip Erdogan who warned HDP of potential protests across the country. If the party ignites nationwide protests, the president said in dire warning, it would face a heavy-handed police response.

During an Islamic State onslaught on Kobani in late 2014, Turkey had been buffeted a by week-long mass upheaval across the country. The Kurdish politicians then charged the government in Ankara with tacitly abetting ISIS assault on Kurdish town of Kobani.

More than 40 people have died in an outburst of unrest across Turkey. The president warned against the repetition of a similar uprising and vowed to crush any attempt.

On Sunday, office of Istanbul Chief Public Prosecutor announced that it is closely monitoring media reports, social media posts and other internet posts about Afrin operation. Those who publish inaccurate and false reports would face legal prosecution, the office warned.

It also said those who spread terrorist propaganda would be subjected to a probe.

As Turkey presses ahead with the offensive against Kurdish militia in Afrin for the third consecutive day, the Turkish authorities launched another battle on the media front, trying to control the narrative.

In a gathering with media representatives and editors in Istanbul on Sunday, Prime Minister Binali Yildirim urged the media to pay due attention to Turkey’s national interests while covering the assaults.

He presented a 15-point demand list to media representatives to comply with.

On Sunday, dozens of protests broke out across Turkey as people flocked to streets to speak out against the operation. In Istanbul’s restive Okmeydani district, protesters burned vehicles and tires tor protest the Afrin operation.