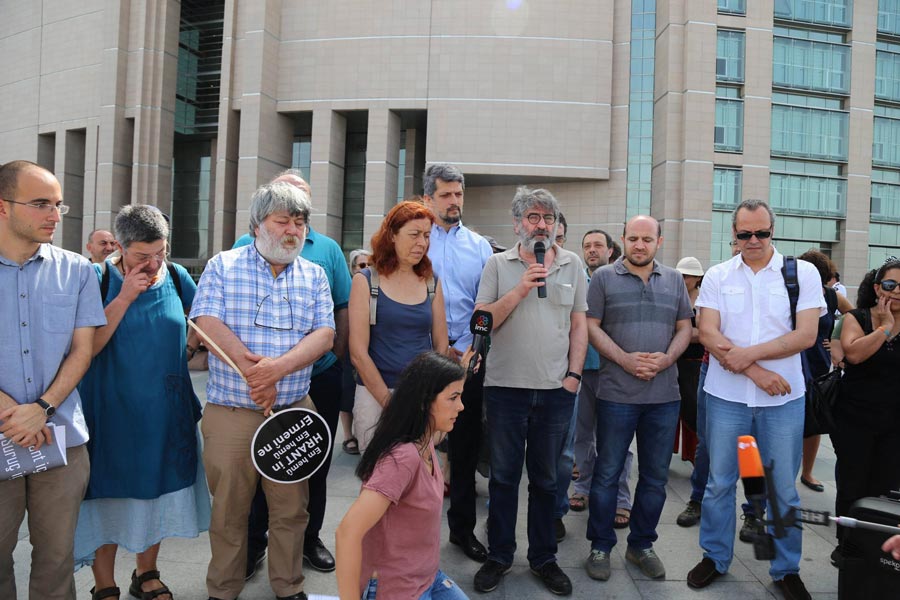 An Istanbul court delivered prison sentence to five journalists over charges of “terrorist propaganda, links to a terrorist organization,” inflicting a blow to freedom of media and expression.

Four of those condemned received 18-month sentences for participating in a solidarity campaign with the now-defunct pro-Kurd daily Ozgur Gundem, according to the private Dogan news agency.

The paper’s editor-in-chief, Huseyin Akyol, was given three years and nine months behind bars, Dogan said, adding that the court noted a “lack of remorse” during his trial.

The five media workers, who weren’t in court on Tuesday, stood accused of participating in “terrorist propaganda” on behalf of the banned Kurdish Worker’s Party (PKK).

According to the P24 press freedom website, there are 151 journalists in Turkish prisons, most of whom were detained under the state of emergency imposed after 2016’s attempted coup.

The five journalists sentenced on Tuesday are currently at liberty pending confirmation of the verdict on appeal, the media watchdog Reporters Without Borders said.