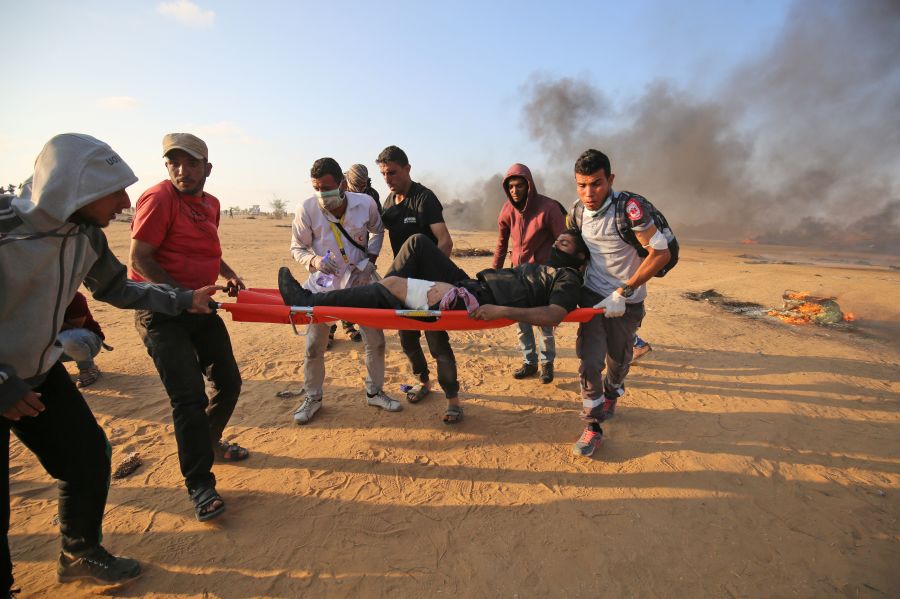 Turkish President Recep Tayyip Erdogan and Israeli Prime Minister Benjamin Netanyahu traded harsh remarks after the Turkish criticism of Israel’s mass killing of at least 60 Palestinians on Monday during the opening of U.S. Embassy in Jerusalem.

“The Israeli ambassador was told that our envoy to Israel was called back for consultations, and was informed that it would be appropriate for him to go back to his country for some time,” a Turkish Foreign Ministry official told Reuters.

In a testimony to how things escalated, Israel’s envoy went through a security and body check at Istanbul’s Ataturk Airport before leaving Turkey.

After President Erdogan called Israel a terror state and accused it of carrying out genocide. He also called for three days of mourning for Palestinians.

“What Israel has done is a genocide. I condemn this humanitarian drama, the genocide, from whichever side it comes, Israel or America,” he said.

On Friday, Erdogan will hold a huge rally in Istanbul’s Yenikapi Square on Friday in solidarity with Palestinians. At least 60 people were killed and more than a thousand civilians were wounded when Israeli forces opened live rifle fire against protesters along the Gaza border.

“Erdogan is among Hamas’s biggest supporters and there is no doubt that he well understands terrorism and slaughter. I suggest that he not preach morality to us,” Israeli Prime Minister Netanyahu tweeted.

“You are speaking about a murderer of hundreds of Turkish citizens, who staged a rebellion in order to arrest half of his government? He’ll teach us about morality?” Security Cabinet Member Yoav Gallant said, questioning the July 2016 coup attempt.

In his remarks, he implied that Erdogan might have done it himself.

In a series of diplomatic moves, Turkey called for an emergency meeting of the Organization of Islamic Cooperation (OIC) and a U.N. General Assembly meeting to discuss Israel’s deadly response to Palestinian protesters who protested the opening ceremony of the U.S. Embassy in Jerusalem.

A Photo With Erdogan Lands Germany’s Mesut Ozil, Gundogan at Heart of Dispute