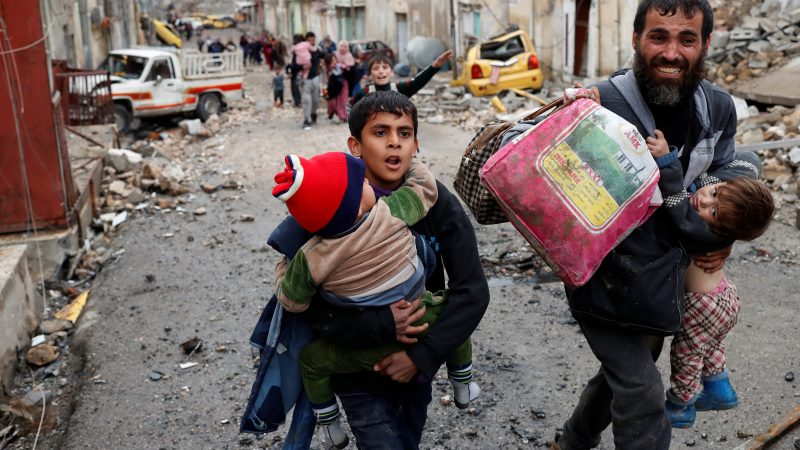 Already overwhelmed by a large number of refugees taking shelter in the country, Turkey has now feared a new migrant wave as civilians flee the latest regime offensive in the western Syrian province of Idlib near the Turkish border.

Prime Minister Binali Yildirim lamented on Friday about a potential mass migrant flow, and urged Russian and Iran to stop the attacks by Syrian regime forces.

According to the United Nations, tens of thousands of people have been displaced since November as fighting between the government troops and rebel forces have dramatically escalated. Turkey thinks that the latest government offensive could take place without the open or tacit approval of its regional backers, Russia and Iran.

Ankara is closely working with Moscow and Tehran to hammer out a political settlement by bringing the opposition and representatives of the Bashar al-Assad regime in Russia’s Black Sea resort of Sochi as part of the “National Dialogue Congress.”

But relations between Turkey and two other countries stumbled into a new crisis after Ankara summoned Russian and Iranian ambassadors to convey the Turkish concerns over the government operations against rebels in Idlib. Ankara clamors for a more robust interference from its newfound partners on Syria to wield their leverage and influence over the regime to halt the offensive.

“It is very wrong for the Assad regime to launch an offensive, without differentiating civilians, in order to gain land … while the initiative by Turkey, Russia and Iran on a lasting peace in Syria has made progress, Reuters quoted the Turkish prime minister as saying.

Turkey has accommodated more than three million Syrian refugees over the past seven years.