In Crackdown on Smugglers, Turkey Seizes Over 26,000 Historical Artifacts 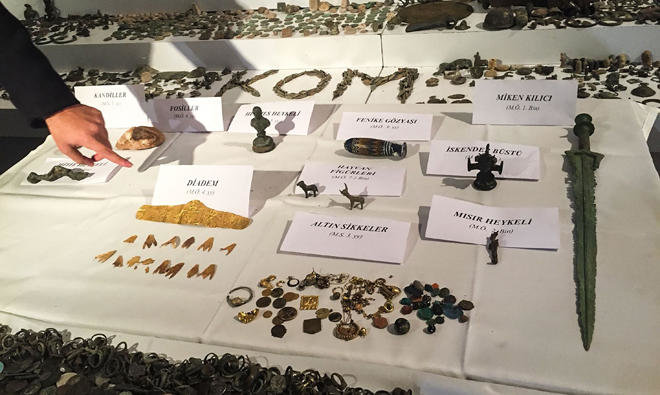 Turkey, a cradle of ancient civilizations and home to many empires lived in the past, has a long history of fighting smugglers who make millions of dollars by spiriting historical artifacts out of the country.

Turkish police confiscated thousands of historical artifacts in a giant operation against smugglers in Istanbul, the Turkish media reported on Thursday.

The agency did not provide details on the artifacts or the suspects.

Turkey has been fighting for the return of stolen pieces at home and abroad.

The issue is crucial to a country that is home to about 3,000 ancient cities from 42 civilizations, and whose tourism industry relies on its rich historical heritage to attract millions of foreigners each year.

In September, Turkey recovered the Roman sarcophagus of Hercules from Switzerland after it had been smuggled from the ancient city of Perge in the southern Antalya province half a century ago.

The sarcophagus which portrays the 12 labors of Hercules is now showcased in the Antalya museum.

The relic was returned to Turkey following an order by a Swiss public prosecutor in 2015.

It was displayed at Geneva University as part of an agreement between Turkey and Switzerland and then delivered to Turkey under the sponsorship of the national flag-carrier Turkish Airlines.