President Recep Tayyip Erdogan‘s historic oath ceremony on Monday drew dozens of world leaders and captured national attention for all the pomp and grandeur. But the epochal moment was tainted by a disaster in northwestern Turkey a day before when a train derailment killed 24 passengers and injured more than 300, generating controversy over Turkey’s decrepit and dilapidated railway infrastructure.

A fresh debate broke out after the government blamed the weather, heavy rain, for the tragic incident. Outgoing Deputy Prime Minister and former Health Minister Recep Akdag said on Monday that heavy rain had caused the ground under the rails to collapse.

But a zoom-in glimpse of the accident called the government’s narrative into sharper focus. The opposition pointed to the official neglect and corruption in the public transportation sector as the chief cause of the accident.

The train was traveling from Edirne, bordering Greece and Bulgaria, with 362 passengers and six crew members on board. Five of the six cars detailed of the rails.

The authorities immediately launched a probe into the incident.

Main opposition Republican People’s Party (CHP) presidential candidate Muharrem Ince blasted the government. “You have money to build a palace, but not for restoring ailing rails.”

The public project for restoration of the rails in Tekirdag, where the derailment took place, was scrapped only weeks before the June 24 elections due to lack of funding.

“What went off the rails was not the train, but the mindset which ignores science. This mindset, which veered off the tracks, continues to channelize sources to itself, and organizes lavish ceremonies with those resources,” Ince wrote on Twitter.

The government immediately imposed a ban on media coverage of the train crash.

But it did not stop people from delving into the matter, probing the causes of what they say “man-made disaster.” 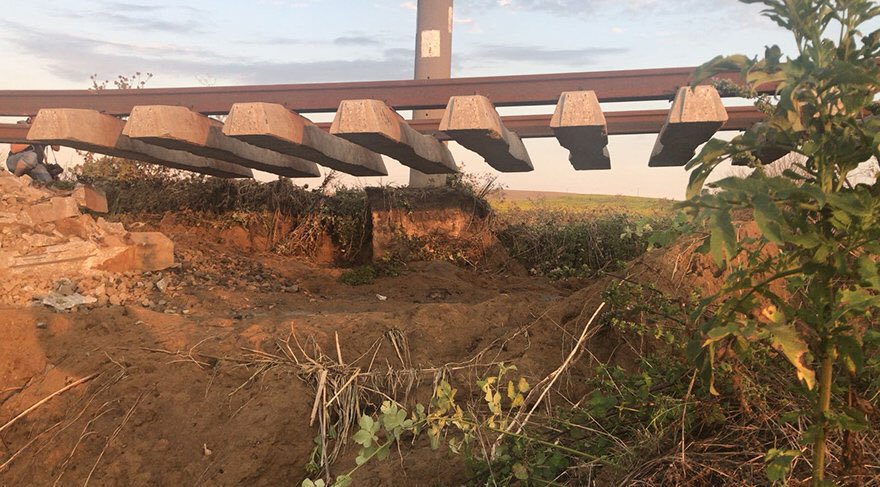 The Chamber of Construction Engineers (IMO) cited the corruption as the chief cause of the disaster.

“The rain is not the culprit. Those who built [the rails], who instructed [the construction] and those who did not inspect what was built,” it said in a statement.

It lamented the removal of the requirement of architects and engineers’ approval and signatures in projects. In a dire warning, the chamber noted that the public would face similar tragic consequences of watering down of procedures of infrastructure projects in the future as well.

The chamber argued that the route of rails went through farm fields whose ground and soil are weak, and not enough strong to allow a train transportation in the region.