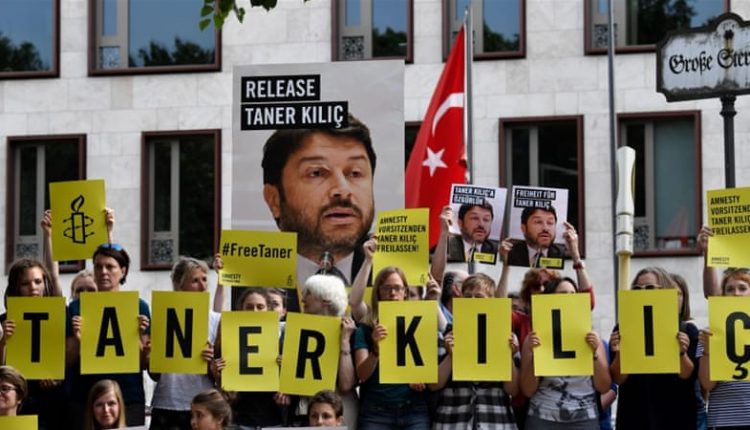 Amnesty International has renewed its call for the release of its Turkey director who has been in jail for nearly one year over dubious charges of terrorism and coup involvement.

Taner Kilic has found himself targeted during the government’s relentless crackdown on Gulen movement. He has remained in the pretrial detention in the western province of Izmir since June last year over allegations of membership in Gulen Movement.

The Turkish authorities blame the group for the failed 2016 coup attempt. Both U.S.-based Fethullah Gulen and his sympathizers refuse any link to the putsch.

Kilic is one of the dozens of activists caught up in the crackdown launched under a state of emergency imposed after the coup, which critics say has netted not just the suspected plotters but also opponents of President Recep Tayyip Erdogan.

“Today we mourn the year of Taner Kilic’s life that Turkey’s government has just unjustly taken from him, but this is also a moment to redouble our efforts to secure his release and that of many other civil society activists whose work has cost them their freedom,” Salil Shetty, Amnesty International’s secretary general, said in a statement.

“Turkish authorities have fostered a climate of fear by mercilessly persecuting those who dare to speak out. But today, Taner’s hundreds of thousands of supporters worldwide stand in solidarity to send a resounding message to the Turkish government: we will not be silenced.”

Kilic was arrested on Jun 6, 2017, on what Amnesty describes as the “baseless charge of belonging to a terrorist organization.”

Authorities accused Kilic of having an encrypted messaging application on his phone in August 2014 called ByLock, which Ankara claims was specially created for Gulen supporters.

His detention “is a gross injustice that exposes Turkey’s flawed justice system and the government’s cold-blooded pursuit of anyone deemed to oppose them,” Shetty said.

In a cruel twist, an Istanbul court earlier this year ordered his conditional release but then overturned its decision within 24 hours, and he has been in jail ever since.

His next hearing is set for Jun 21. If he is found guilty, he could face up to 15 years in jail.

Kilic is on trial with 10 other rights activists including Amnesty’s Turkey director Idil Eser, who were detained on terror charges after holding a workshop on an island off Istanbul.

The other 10 were all released last year although their trial continues. They will also appear in court on Jun 21.