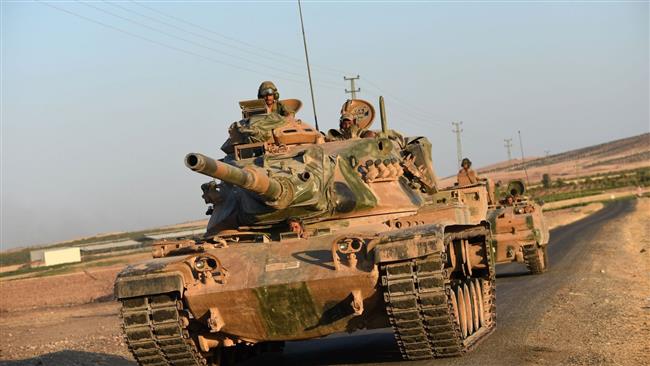 The quest to control the northwestern province of Idlib remains at the heart of a new dispute between Turkey and Russia.

The fate of Idlib will depend on Turkey’s ability to keep a lid on the jihadist-dominated tinderbox and prevent an explosive Russian-backed government offensive on its doorstep, analysts say.

Largely outside government control since 2015, the northwestern province is home to some 2.5 million people, including many rebels from other areas who were evacuated there after being defeated by government forces.

President Bashar al-Assad‘s fiercest foes are being gathered in Idlib, and there would be a great temptation for Russia to green light a regime offensive on the province,” Syria expert Nicholas Heras said.

But “Turkey needs Idlib to serve as a buffer against the war,” said Mr. Heras, a fellow at the Center for a New American Security.

The war in Syria has killed more than 350,000 people and displaced more than half the population from their homes, including more than three million to neighboring Turkey.

Already overwhelmed, Ankara is determined to prevent more Syrians from crossing into its territory and even says it wants to create conditions for mass refugee returns.

“If Assad tried to seize Idlib, at bare minimum hundreds of thousands of people would be displaced, and they would have few places to run to,” Mr. Heras said.

The incentive is clear for Turkey to prevent the chaos that would result from a regime assault but to do so it will have to rein in powerful jihadists in the province.

But unless Ankara decides otherwise, analysts say, the group will probably retain influence in the province where a myriad of jihadist and other rebels have vied for power since 2015.

Since the start of the year, HTS has lost dozens of areas to a government offensive in the southeast of the province.

In the meantime, former allies Ahrar al-Sham and Noureddine al-Zinki banded together against HTS to form the Turkey-backed Syria Liberation Front.

The new group a few weeks ago launched an assault against the jihadist alliance’s positions, taking back several areas including the towns of Ariha and Maaret al-Numan.

They have “broken its military aura” as “a power that cannot be vanquished, which had helped it scare off the other factions”, said the research fellow at King’s College London.

But even as HTS control of Idlib has dwindled to around 60 percent of the province, it has retained control other key sources of political and economic power.

“It lost areas in the southern countryside of Idlib but it retained the Bab al-Hawa border crossing (with Turkey) and control over the provincial capital Idlib city,” he said.

A civilian body that acts in the jihadist-led group’s interests levies taxes from shopkeepers, and has tried to impose its will on local councils in the province.

Heras said HTS “retains a social organizing power that effectively makes it a first among equals in the opposition governance”.

“Unless Turkey wills it and devotes the military resources to combat Hayat Tahrir al-Sham, the other armed opposition groups in Idlib will not win,” he said.

Since January, Turkish troops have deployed to three observation posts in Idlib province to monitor a so-called “de-escalation zone” agreed in September by Turkey, Russia and Iran.

The de-escalation is essentially a dead letter and while Russia has no forces on the ground in Idlib, its fighter jets have struck targets in support of regime forces, as they have elsewhere in Syria.

The province, with its explosive cocktail of competing armed groups, is about to become the latest scene of the face-off between the two most powerful brokers in the Syrian conflict.

“Idlib is a contest between Russia and Turkey,” said Heras, who argued the deciding factor would be Turkish President Recep Tayyip Erdogan‘s “determination to stare down” his Russian counterpart Vladimir Putin.

Heller agreed that Idlib’s fate would likely be determined by the international powers involved in Syria’s conflict.

“The province’s fate will depend on what Turkish-Russian agreements are made behind the scenes,” he said.