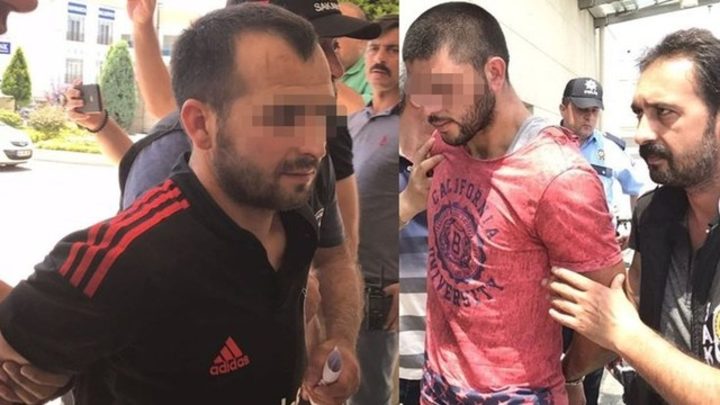 A Turkish court has delivered life sentences to the men over killing a female Syrian refugee and her 10-month-old baby in a murder that rattled the country.

The Syrian refugee woman was raped and bludgeoned to death by the rock-wielding attackers in the northwestern province of Sakarya province just days before she was due to give birth and her baby strangled.

The two suspects were found guilty of “planned murder”, “killing a pregnant woman”, “sexual assault” and “killing a baby deprived of defending himself”, the state-run Anadolu news agency reported.

The woman’s husband was quoted as saying he was not satisfied with Monday’s (Jan 15) court ruling.

“Those who brutally killed my wife and my baby have no right to life,” he cried outside the court, Turkish daily Hurriyet reported.

In his defense, Birol Karaca, one of the suspects, confessed that he had raped the Syrian woman.

“I didn’t kill her. I only raped her,” he was quoted as saying by Hurriyet.

“I have nothing more to say. This is my defense,” he said.

In July last year, the woman’s husband contacted the Turkish security authorities after he failed to find his pregnant woman and baby.

Turkish authorities detained the two men who confessed to what officials branded a barbaric attack in a country that is home to over three million refugees from the civil war in Syria.

Family Minister Fatma Betul Sayan Kaya had at the time condemned the “barbarity” of the attack.

Turkey has been hailed for its hospitality in hosting the Syrian refugees and, despite occasional outbreaks of tension, there have been few incidents of serious violence specifically directed against the Syrians.

The suspects broke into the woman’s home and grabbed her and her baby boy, taking them to a forest in Sakarya where villagers found their bodies.

The two men worked at a factory with the victim’s husband with whom they had argued with a few days before the murder, Turkish media reported last year.