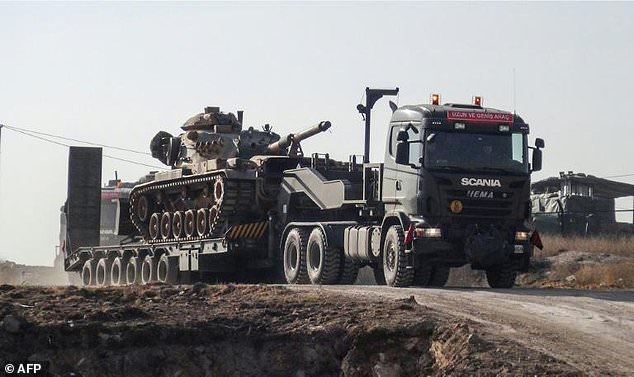 The Thursday evening fire on the town of Azaz just across the border from Turkey came after Ankara bombarded the adjacent Kurdish-held enclave of Afrin for five straight days ahead of a threatened invasion.

The Syrian Observatory for Human Rights, a Britain-based monitor of the war, said the mortar rounds were fired by the Syrian Democratic Forces, a US-backed alliance dominated by the Kurdish People’s Protection Units (YPG).

But SDF spokesman Mustafa Bali denied that the alliance fired the rounds that hit the hospital when asked by AFP.

Observatory chief Rami Abdel Rahman said most of the wounded were among the more than 100 patients being treated at the hospital, many for post-traumatic stress disorder resulting from Syria’s near seven-year civil war.

Paramedics transferred the wounded patients to a nearby clinic, an AFP correspondent reported. One had lost several fingers.

The mortar fire destroyed a second-storey wall of the hospital, showering the beds of the ward with debris.

Turkey has repeatedly said this week that an operation to oust the YPG from the Afrin enclave is imminent and has massed troops and armor on the border.

It regards the YPG as an offshoot of the Kurdistan Workers Party (PKK), an outlawed rebel group that has waged a deadly insurgency in southeastern Turkey since 1984.

The YPG, which also controls a much larger stretch of the border region further east, has vowed to defend the enclave.

Russia has some 300 military observers deployed in Afrin and, on Thursday, Turkey’s army and intelligence chiefs held talks in Moscow that were seen as an essential precursor to any invasion.