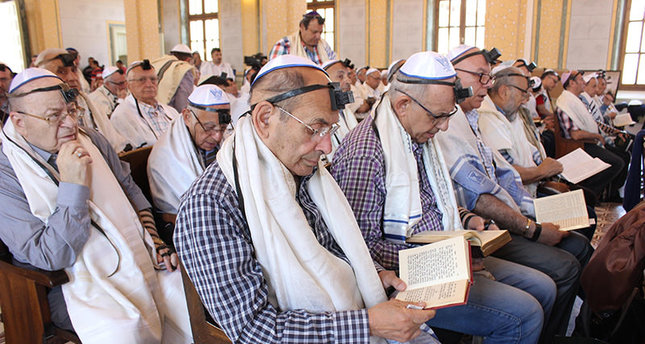 In a veiled threat, former chief of Turkey’s National Police Intelligence warned that the festering Syrian conflict would have undesired consequences and ramifications for Turkey’s Jewish community.

“I request from Israelis/Jews: It would be a pity if what is happening in Syria eventually takes reflection on Jewish citizens in Turkey! That fire could not be extinguished…” Sabri Uzun, who served as chief of police special forces and police intelligence in the 1990s, wrote on Twitter.

His remarks sparked outrage on social media. His vague statement, which was read as a threat against Turkey’s already diminished Jewish community, prompted a call from the community leaders to clarify his words.

In a statement released on Twitter, Turkey’s leading Jewish community urged Mr. Uzun to contact with Turkish authorities to share his concerns and information to prevent new potential September 6-7 pogroms, which targeted non-Muslim minorities in 1955.

Mr. Uzun is recently aligned with President Recep Tayyip Erdogan. He briefly served in jail over his links to paramilitary groups and gendarmerie intelligence for clandestine operations against outlawed Kurdish rebels and political activists in southeastern Turkey in the late 1990s.

During the rise of Ottoman Empire, the Sultan issued a proclamation that opened the doors of Empire to Spanish Jews who escaped persecution at the hands of Spanish Catholics in 1492 following the fall of Granada and Islamic Andalusia.

Though Turkey has not had a politically-driven anti-semitism problem, individual remarks by some politicians reveal risks of hate speech toward Jewish citizens.

The tide of anti-semitism found a breeding ground in Turkey after U.S. President Donald J. Trump‘s move to recognize Jerusalem as Israel’s capital. President Erdogan led an Islamic summit to denounce the decision.