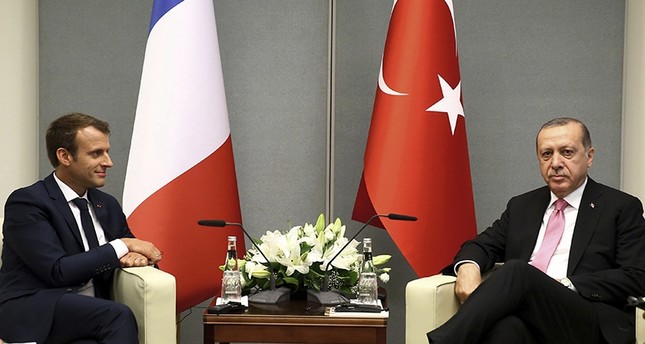 French President Emmanuel Macron‘s pledge to discuss the state of jailed journalists in an upcoming meeting with his Turkish counterpart in France drew the ire of Ankara, which reacted in a fury.

Macron told reporters that during Turkish President Recep Tayyip Erdogan’s visit to Paris on Friday he would “continue to discuss with Turkey the situation of imprisoned journalists who are prevented from practicing their profession.”

“I will do so with respect but with the concern to defend… our values and our interests,” Macron said Wednesday.

But President Erdogan’s spokesman Ibrahim Kalin said Macron’s comments were “based on a lack of information unless it was a prejudiced evaluation or judgment”.

“In Turkey, judicial issues come under the responsibility of the judiciary,” Kalin said.

The P24 press freedom group says there are 151 journalists behind bars in Turkey, most of whom were arrested under the state of emergency in place since July 2016.

Among those detained but later deported were two French citizens: the photojournalist Mathias Depardon and young French journalist Loup Bureau. They had been taken into custody last year on terror charges.

Kalin said Turkey was fighting against “three terrorist organizations,” referring to the Islamic State (IS) extremist group, the outlawed Kurdistan Workers’ Party (PKK) and the movement led by Muslim preacher Fethullah Gulen, who lives in Pennsylvania.

Ankara claims Mr. Gulen ordered the July 2016 failed overthrow of Erdogan and has arrested over 55,000 people in a controversial crackdown after the putsch bid.

The cleric Gulen strongly denies the accusations and insists his movement is a peaceful one.

The spokesman said that Mr. Erdogan would present documents and explain in a “detailed” manner how those being tried are a member of a terror group.

President Erdogan’s visit will be the first to France since the attempted putsch and his third bilateral talks in a European Union member state after visits to Poland and Greece.

High on their agenda will be Ankara’s relations with the EU as well as the conflicts in Syria and Iraq, and increasing bilateral trade.

The country ranks 155 out of 180 on the latest world press freedom index by Reporters Without Borders (RSF).