Erdogan Expresses Concern to Putin Over Attacks in E.Ghouta 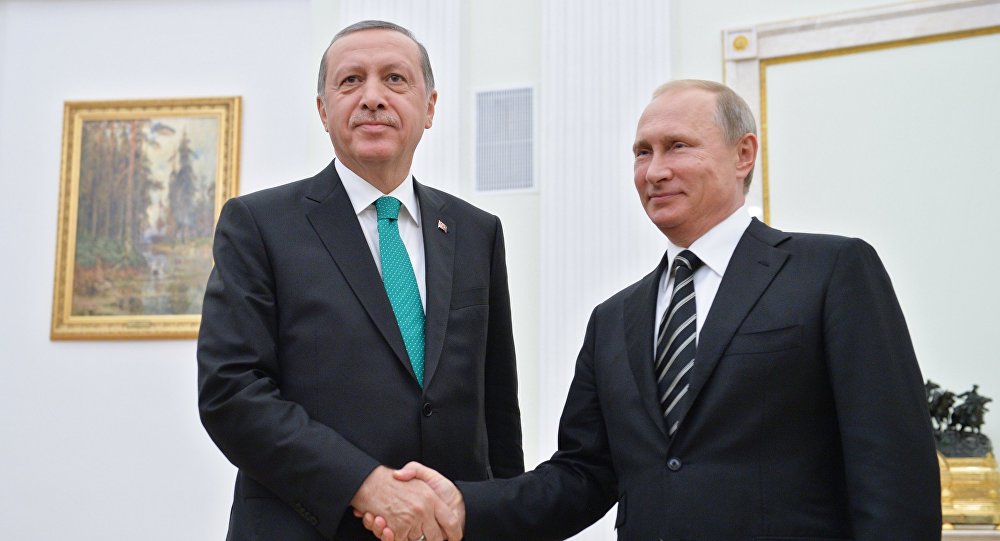 “President Erdogan expressed concern about the attacks in Douma and Eastern Ghouta and the importance of preventing civilian deaths and working together to deliver humanitarian aid,” said a Turkish presidential source after telephone talks between the two leaders.

President @RT_Erdogan and Russian President #Putin held a phone conversation during which President #Erdoğan voiced his concerns over the reports on the use of chemical weapons in the opposition-held Syrian town of #Douma. https://t.co/BTUyEKbni6 pic.twitter.com/LoLX9QGv91

Turkey and Russia have been on opposing sides of the conflict in Syria, with Moscow a chief ally of President Bashar al-Assad but Ankara backing rebels seeking to oust him.

Yet Turkey has worked closely in the last months with Russia and Assad’s other main ally Iran in a bid to bring peace to Syria. Last week, Erdogan hosted a summit on Syria in Ankara with President Hassan Rouhani of Iran and Putin.

The presidential source said that in the telephone talks the two leaders expressed “satisfaction” with the results of the Syria summit.

Turkey has recently largely steered clear of criticising Putin and Russia in public over Kremlin policy on Syria.

Rescue workers said dozens of civilians had been killed on Saturday in a chlorine gas attack on Douma in the former rebel stronghold of Eastern Ghouta — claims denied by Assad’s regime and Russia.

The Turkish foreign ministry at the weekend said there was a “strong suspicion” that Assad’s regime was responsible for the attack.

Turkey, Greece Locked in War of Words Amid Tension Over Soldiers