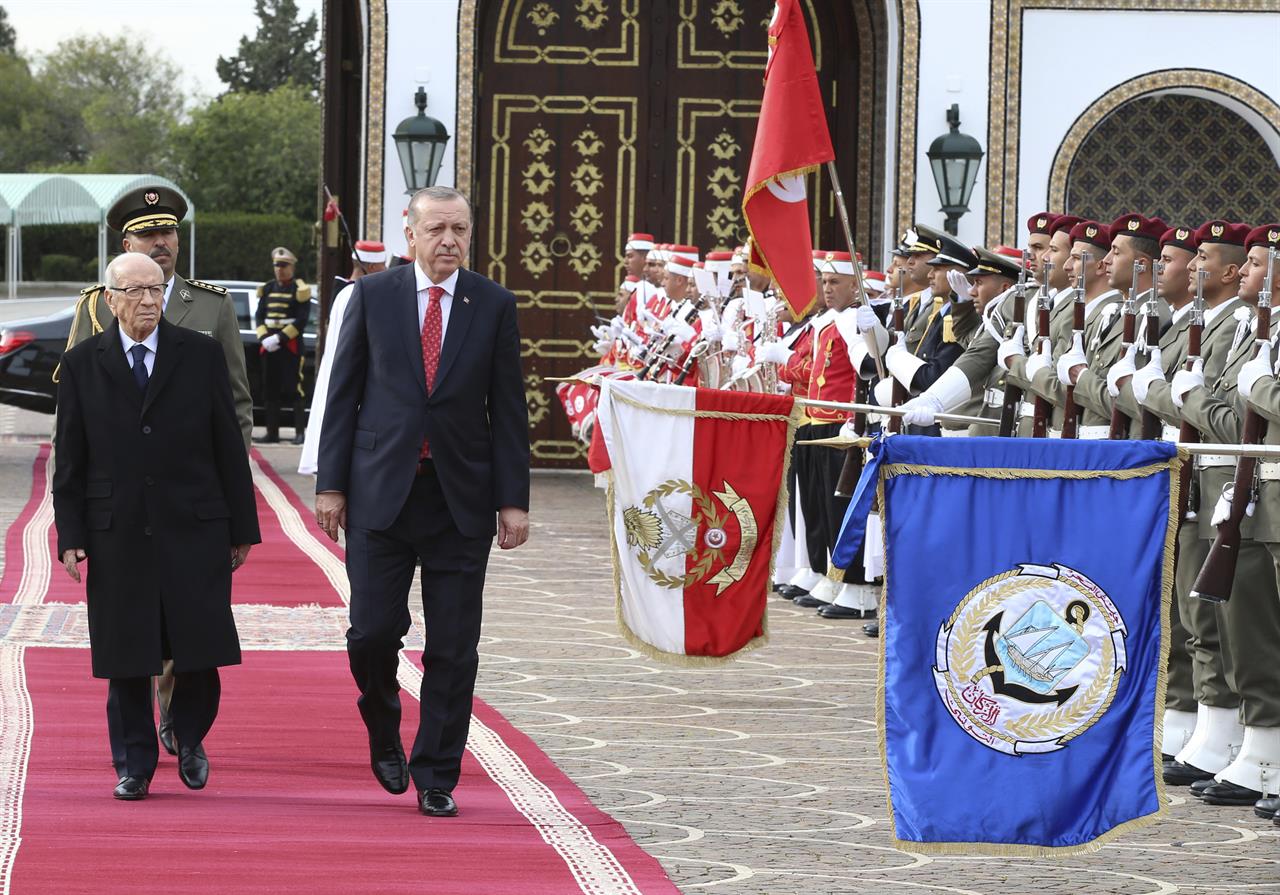 Turkey’s president signed a number of deals during his visit to Tunisia in a bid to diversify the country’s economic and diplomatic relations, expand its reach in Africa and North Africa.

Turkish President Recep Tayyip Erdogan on Wednesday signed agreements in Tunis on defense, investment, and the environment as he and his Tunisian counterpart expressed their determination to strengthen economic cooperation.

The Tunisian leader went on to praise “the understanding shown by the Turkish president regarding these circumstances.”

Turkey and Tunisia have deep political and commercial ties, but their free trade agreement has been the subject of fierce discussion during debate on financial legislation.

Tunisia’s trade imbalance has increased considerably, reaching 1.6 billion dinars ($649 million, 565 million euros) in the first 10 months of 2017, and the country has reinstated customs duties on certain products imported from Turkey.

Erdogan said he hoped to “reinforce our economic ties, particularly in commerce and investments, and develop cooperation in the energy, tourism and agriculture sectors.”

Agreements were signed on Wednesday for cooperation on defense, including for Tunisian soldiers to be trained in Turkey, as well as investments, said Tunisian Foreign Minister Khemaies Jhinaoui.

The Turkish delegation was keen to increase the importation of Tunisian products such as olive oil and phosphate, he added.

Erdogan arrived in Tunisia along with about 10 government ministers and more than 150 businessmen, on the final leg of a tour that has also taken him to Chad and Sudan.

Journalists staged a protest when Erdogan arrived in Tunisia on Tuesday night to denounce violations against freedom of expression in Turkey and the imprisonment of numerous media workers there.

The Palestinian issue and the crisis in neighboring Libya were also on the agenda for talks between the two presidents.

US Consular Missions to Resume Full Visa Services in Turkey