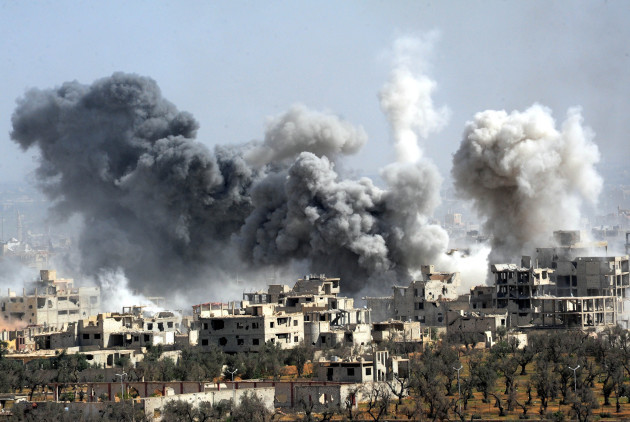 Ankara said on Sunday that it has a strong suspicion about regime responsibility for a chemical weapon attack that killed scores of civilians in the Syrian city of Douma, prompting international outcry and condemnation.

“We strongly condemn the attack and we have the strong suspicion it was carried out by the regime, whose record on the use of chemical weapons is known by the international community,” the Turkish foreign ministry said in a statement.

President Bashar al-Assad‘s regime used chemical weapons on several occasions. After one attack last year, the U.S. struck a Syrian airbase with missiles as a form of punishment for the use of those weapons banned under international agreements.

President Recep Tayyip Erdogan‘s spokesman Ibrahim Kalin slammed the Assad regime and said it must be held accountable for the attack in Douma.