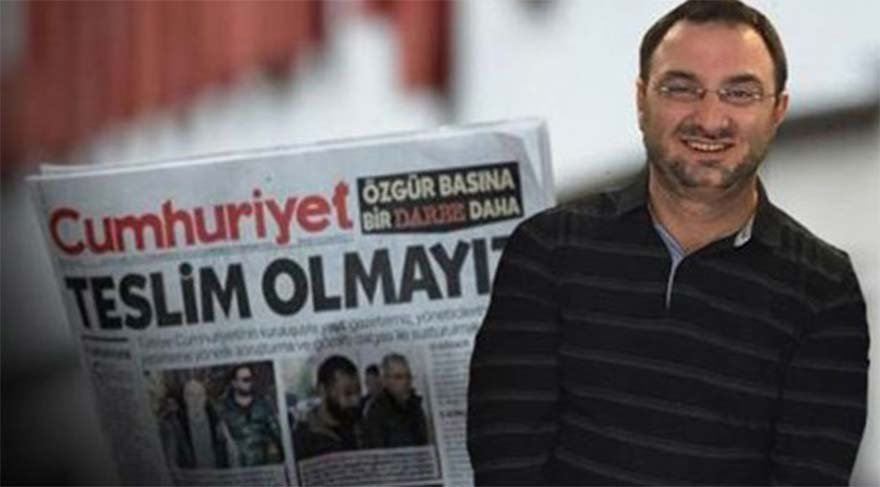 After nine months behind bars, a staff member from opposition newspaper Cumhuriyet has been released by a Turkish court on Friday, giving a glimmer of hope over the gradual releases of media workers, albeit after lengthy pre-trial detentions.

Accountant Emre Iper has been held for 267 days as one of the suspects in a case that has raised concerns over press freedom under President Recep Tayyip Erdogan.

A total of 17 current and former writers, cartoonists and executives from Cumhuriyet (Republic) are currently being tried on controversial terror charges in a trial that began on July 24.

Most have already been released under judicial supervision, meaning they could walk free but remain charged and on trial.

With Iper’s release, there are now three of the most prominent suspects behind bars — investigative journalist Ahmet Sik, the paper’s chairman Akin Atalay and editor-in-chief Murat Sabuncu.

Iper had been specifically accused of downloading a messaging app known as Bylock which the authorities say was used by the group of U.S.-based Islamic preacher Fethullah Gulen who is blamed for the July 15, 2016 failed coup.

However the judge ruled that Iper should be freed as he had downloaded Bylock accidentally while accessing other sites, Cumhuriyet said. He remains under judicial control and it was not immediately clear at what time he would walk free after completing the formalities.

The news comes after prosecutors said this week that some 11,480 people could be in a similar position and downloaded Bylock unknowingly.

The announcement raised expectations of a possible mass release of people arrested for downloading Bylock. Turkish media reports Friday said a new emergency decree was being prepared on the issue.

Over 50,000 people have been arrested in the mass post-coup bid crackdown, whose magnitude has been criticized by Turkey’s Western allies.