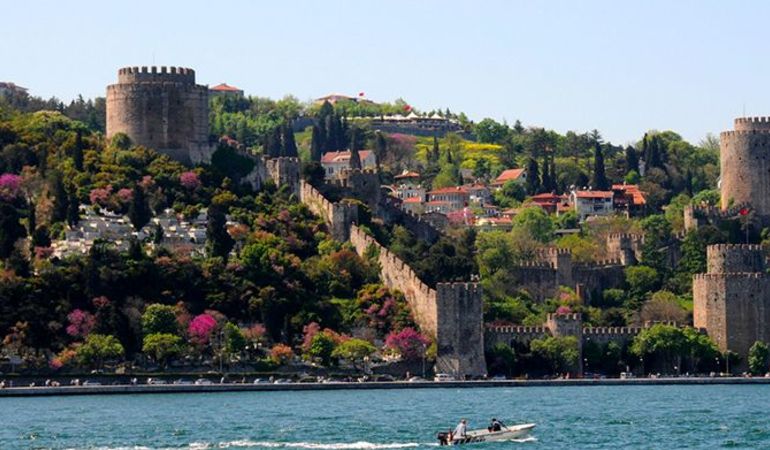 The Turkish government has finally unveiled the route plans of a new canal for Istanbul to reduce shipping traffic through Bosporus.

The new canal is a hugely ambitious 45 kilometer (28 miles) project designed to be its answer to the famed artificial shipping lanes in Panama or Egypt’s Suez.

The project, first announced by President Recep Tayyip Erdogan while he was prime minister in 2011, is by far the most complex of a string of new ventures for the city.

The government argues it will create attractive new living areas and take pressure off the Bosphorus Strait that splits the European and Asian sides of the city and is one of the world’s busiest shipping lanes.

Transport and Communications Minister Ahmet Arslan said that the canal would begin in the Istanbul district of Kucukcekmece on the Sea of Marmara, where there is already an inland lake.

It will then head north towards the Sazlidere reservoir before emerging into the Black Sea just north of Durusu.

“The aim is to reduce the risks that can arise from vessels in the Bosphorus carrying dangerous materials,” Arslan told a televised news conference.

“Another aim is to create an urban transformation for our citizens in this area… and also to increase the attractiveness of Istanbul as a global metropolis.”

Some environmentalists have warned the project risks wrecking the maritime ecosystem and could also increase the risk of earthquakes in an area of high seismic activity.

But Arslan insisted that all precautions had been taken, saying the route had been chosen only after thorough earthquake risk assessment and computer modeling studies were undertaken.

Erdogan, whose rise to national political prominence began while he served as mayor of Istanbul, is presiding over a string of ambitious infrastructure projects in Turkey and especially its largest city.

With Erdogan fondly dubbing the schemes his “crazy projects,” the last years have already seen the opening of metro and road tunnels underneath the Bosphorus as well as a third bridge across the waterway.

Construction of a massive new airport is meanwhile proceeding, with the facility set to see its first flight land in late February before opening officially in October.