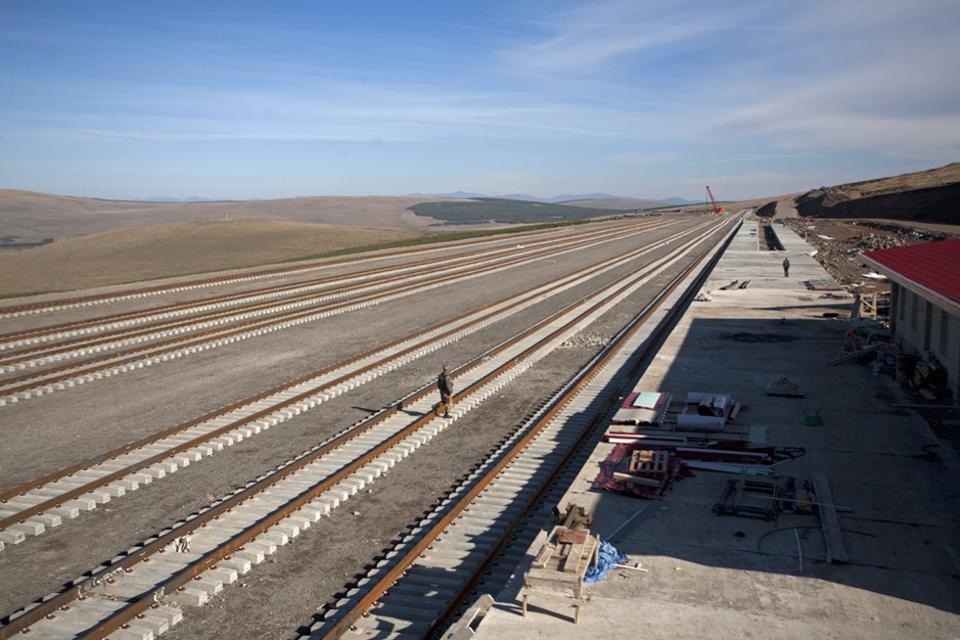 The leaders of Azerbaijan, Turkey and Georgia launched an 826-km (500-mile) rail link connecting the three countries on Monday, establishing a freight and passenger link between Europe and China that bypasses Russia.

The line, which includes 105 km of new track, will have the capacity to transport one million passengers and 5 million tonnes of freight.

The three countries are linked by the BP-led Baku-Tbilisi-Ceyhan oil pipeline and the Baku-Tbilisi-Erzurum gas line, but trade links between Turkey and the Caucasus region are limited. The new Baku–Tbilisi–Kars railway (BTK) promises to provide an economic boost to the region.

“Baku-Tbilisi-Kars is part of a big Silk Road and it’s important that we have implemented this project using our own funds,” Turkish President Tayyip Erdogan said at the railway’s inauguration ceremony attended by Azeri President Ilham Aliyev and Georgian Prime Minister Giorgi Kvirikashvili.

Starting in Baku, the capital of Azerbaijan, trains will stop in the Georgian capital Tbilisi, pass through gauge-changing facilities in the Georgian town of Akhalkalaki and end their journey in the Turkish town of Kars.

The project’s total cost rose to more than $1 billion from an initial estimate of about $400 million. The bulk of that financing came from Azerbaijan’s state oil fund.

The rail link between Azerbaijan and Georgia was modernized under the project, which was launched in 2007. Its completion had been postponed several times since 2011.

“Several European countries have expressed an interest in this project and Azerbaijan is in talks with them,” Aliyev said, adding Kazakhstan and other countries in Central Asia were interested in transporting their goods via the BTK.

The new link will reduce journey times between China and Europe to around 15 days, which is more than twice as fast as the sea route at less than half the price of flying.

Trains can depart from cities in China, cross into Kazakhstan at the Khorgos Gateway, be transported across the Caspian Sea by ferry to the New Port of Baku and then be loaded directly onto the BTK and head to Europe.

Turkish Mayor Says Forced to Quit After Threats to Family