A historic, 3,000-year old temple faced a considerable damage during Turkish airstrikes against Kurdish targets when Turkey launched a military offensive against the Kurdish enclave of Afrin last week.

Syria’s antiquities department and a war monitor reported the damage to the temple.

The iron age neo-Hittite temple of Ain Dara dates back to the Aramean era, from around 1,300 to 700 BC, and is named after a village located in the Kurdish-held enclave of Afrin.

The Britain-based Syrian Observatory for Human Rights war monitor said the temple was struck by air strikes on Friday (Jan 26).

“It has been destroyed up to 60 percent,” said Observatory head Rami Abdel Rahman.

Syria’s antiquities department, a government agency, confirmed the attack on “one of the most important monuments built by the Arameans in Syria during the first millennium BC.”

“This attack reflects the hatred and barbarism of the Turkish regime against the Syrian identity and against the past, present, and future of the Syrian people,” a statement on its website said.

Former antiquities chief Maamoun Abdulkarim said the temple was discovered in 1982 and is known for its “colossal basalt lions which are exceptional.” 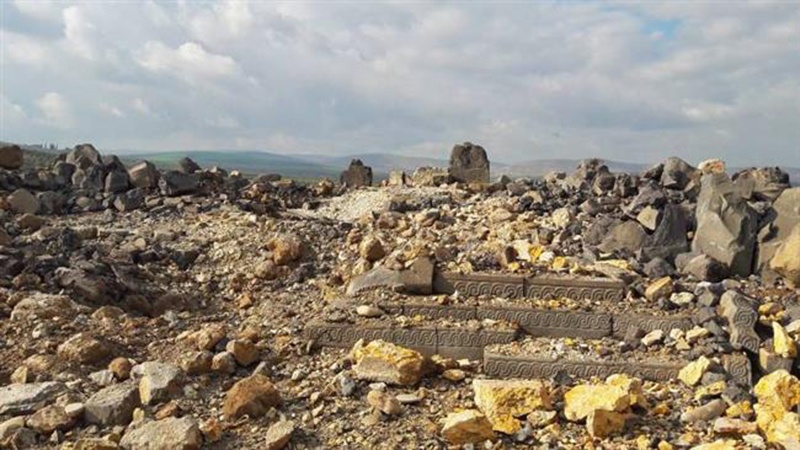 Major historical sites or monuments have been destroyed in the fighting and by jihadists during Syria’s nearly seven-year war, including in the Unesco-listed world heritage site of Palmyra.

Islamic State group fighters blew up famed tower tombs in Palmyra and also destroyed the statue of the Lion of Athena and the main Temple of Bel.

Abdelkarim told AFP the destruction of the Ain Dara temple was at “the same level of atrocity” as ISIS blowing up the Temple of Bel.

He also voiced concern for a group of 40 ancient villages in the Afrin region, which Unesco calls “Ancient Villages of Northern Syria” and includes on its world heritage list.

“The villages, which date from the 1st to 7th centuries (AD), feature a remarkably well-preserved landscape and the architectural remains of dwellings, pagan temples, churches, cisterns, bathhouses,” according to the Unesco website.

Syria’s conflict has killed more than 340,000 people and displaced millions since it began in March 2011.