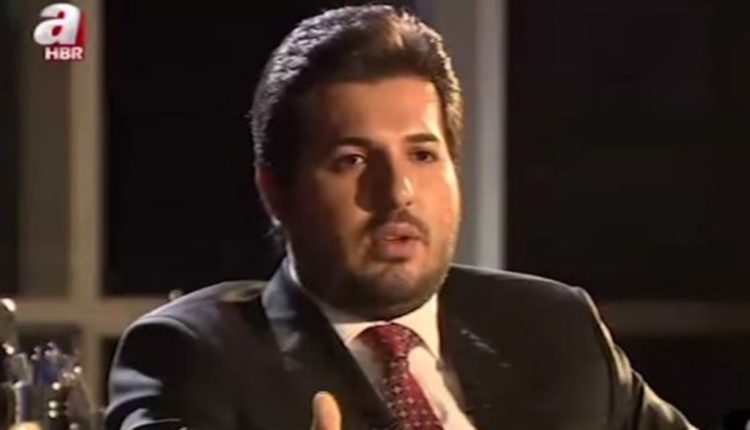 A Turkish court in Istanbul has ordered the arrest of Iranian gold trader Reza Zarrab, who was until recently facing decades of prison sentence for evading U.S. sanctions on Iran in a New York trial, for unlawful construction work on his waterfront mansion, Turkish media reported on Monday.

According to the court, Zarrab’s asset in the Kanlica neighborhood consists of three connected mansions that are historic structures and under protection as part of cultural heritage. He is accused of building elevators inside the mansions, as well as making other changes.

In the lawsuit filed at Beykoz 1st Criminal Court of First Instance, prosecutors are seeking three years each for Zarrab and his wife, Turkish celebrity singer Ebru Gundes, for conducting restoration in violation of the Law on Protection of Cultural and Natural Assets.

The court separated Zarrab’s case file, after failing to receive his testimony. Neither Zarrab or his lawyer was present at Monday’s hearing.

The judge decided to issue an arrest order for Zarrab in order to take his testimony, in case he returns to Turkey in the future.

Turkey recently introduced an amnesty for illegally built structures, which Gundes’ lawyer brought up in the previous hearing, suggesting that the case may drop. However, the new regulation appeared not to have affected the trial.

Zarrab was originally facing up to 70 years for evading U.S. sanctions against Iran through a Turkish state-run bank, along with money-laundering and bank fraud. In November 2017, he reportedly decided to cooperate with the U.S. government in order to reduce his sentence, confessing his acts and becoming a “witness” in the trial.

Some commentators on Twitter implied there might be links between the Turkish court’s arrest order and the U.S.’s re-imposing of oil importing sanctions on Iran.

On the same day that the US re-imposed strict #sanctions on #Iran, #Turkey orders arrest of Reza #Zarrab, one of the 'architects' of the sanction-busting scheme between 2010-2015. https://t.co/J0zBYEOhKf

#Erdogan invents a trick to prevent a key withness to testify against a Turkish banker on trial in the #US for violating #IranSanctions: issues "arrest warrant" for gold trader Reza Zarrab over "unlawful villa restoration" in Turkey

Zarrab’s cooperation had left Hakan Atilla, the former head of Turkish state-run Halk Bankasi, as the primary defendant in the New York trial. Atilla was sentenced to 32 months in May 2018 for allegedly conspiring with Zarrab, as part of a scheme to help Iran evade Washington’s sanctions.

The Iranian mogul was first arrested in Turkey in 2013 on charges of bribing four Cabinet ministers, as part of a massive corruption investigation. However, he was released shortly after his arrest and the prosecutors behind the investigation were discharged by the government.

U.S. police arrested Zarrab at a Miami airport on March 19, 2016. An investigation had been launched against him in September 2014.

Zarrab later said during his U.S. trial that he paid bribes to secure his release from jail in Turkey. He also admitted in the trial to paying Turkey’s former Economy Minister Zafer Caglayan between 45 and 50 million euros in bribes in 2012 and 2013 in relation to offering help to Iran against Washington sanctions.