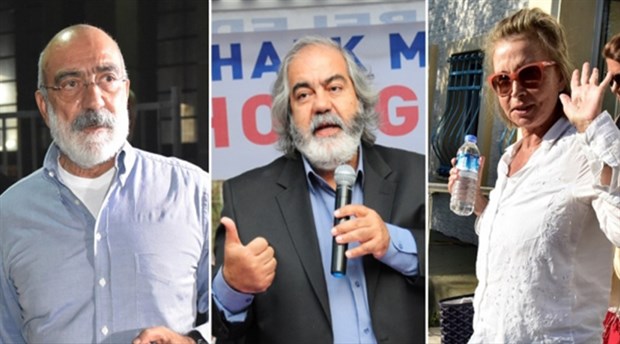 A Turkish court in Istanbul sentenced six journalists to life in prison over alleged links to a failed coup attempt in 2016, disregarding calls for their release in the face of lack of a substantial evidence.

That same day, Turkish-German journalist Deniz Yucel was released from prison after German Chancellor Angela Merkel’s call during a meeting with her Turkish counterpart Binali Yildirim in Berlin.

With the life sentence for the journalists #AhmetAltan #MehmetAltan & #NazlıIlıcak, the Turkish judiciary and the regime that controls the judges ridicule themselves in front of the world #PressFreedom #Turkey pic.twitter.com/G9jnkmQfEW

Altan brothers and Ms. Ilicak faced accusations of attempting a coup on July 15, in 2016, and disrupting the constitutional order.

The U.S. has called on Turkey release three journalists and end its protracted state of emergency.

The verdicts spurred an outpour of international criticism from media watchdogs and rights organizations.

“Turkey’s justice system is in crisis, and domestic remedies to human rights abuses are not working,” said Thomas Hughes, Executive Director at ARTICLE 19. “The Altans and Nazli Ilicak’s cases were given priority status at the European Court of Human Rights in April 2017. It is urgent that it now takes a decision on these cases.”

“These verdicts, the first against journalists accused of being connected to the July 2016 failed coup, set a devastating precedent for the many other journalists and writers in Turkey who are being tried on similarly spurious charges,” Jennifer Clement, President of PEN International, said.

Today's verdict & sentences of life without parole for #AhmetAltan, #MehmetAltan & #NazliIlicak mark an apex of the disintegration of the #Ruleoflaw in #Turkey. Judge ignored a binding Turkish Constitutional Court decision. The European Court of Human Rights #ECtHR must act. pic.twitter.com/mH0njuskpu

“To impose a life sentence for ill-defined crimes prosecuted with virtually no evidence is to invoke the thinnest cover of legal process to cloak the brutality of a state willing to deprive its journalists of life and liberty in order to preserve it’s own prerogatives,” Suzanne Nossel, Executive Director of PEN America, told Globe Post Turkey.

During Tillerson’s Visit, Turkey, US Pledge to Work Together in Syria