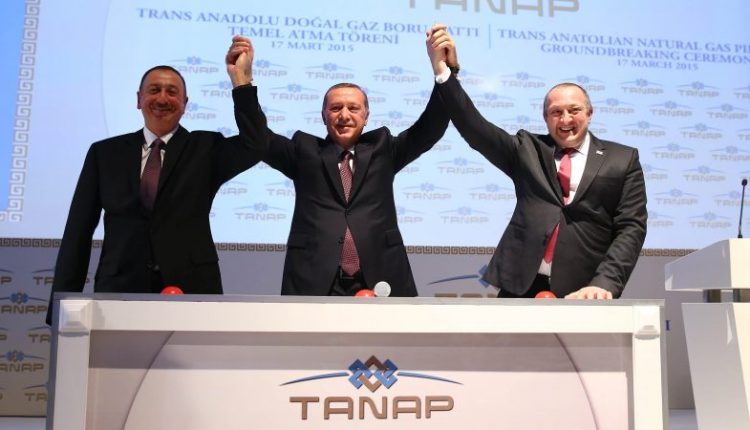 Turkish President Recep Tayyip Erdogan and his Azerbaijani and Georgian counterparts Ilham Aliyev and Giorgi Margvelashvili attended the ceremony of opening a long-delayed project that the U.S. strongly backs.

“This project is a product of a close friendship between Turkey and Azerbaijan. Transit countries have also played a key role. With this project, gas from Azerbaijan will be carried to Europe for the first time,” Turkey’s President Erdogan said.

The SGC consists of three pipelines: the South Caucasus pipeline across Azerbaijan and Georgia, the TANAP pipeline across Turkey, and the Trans-Adriatic Pipeline (TAP) across Greece and Albania, with an offshore section to southern Italy.

The TANAP project aims to transport gas produced in Azerbaijan’s Shah Deniz-2 gas field in the Caspian Sea and in other fields in the south of the Caspian Sea first to Turkey, and then to Europe, a statement by the presidential office of Turkey said.

After $8.5 billion of investment, TANAP is expected to deliver 6 billion cubic meters of Azeri gas to Turkey and 10 billion to Europe per year. The European part of the project will become fully operational by 2020. 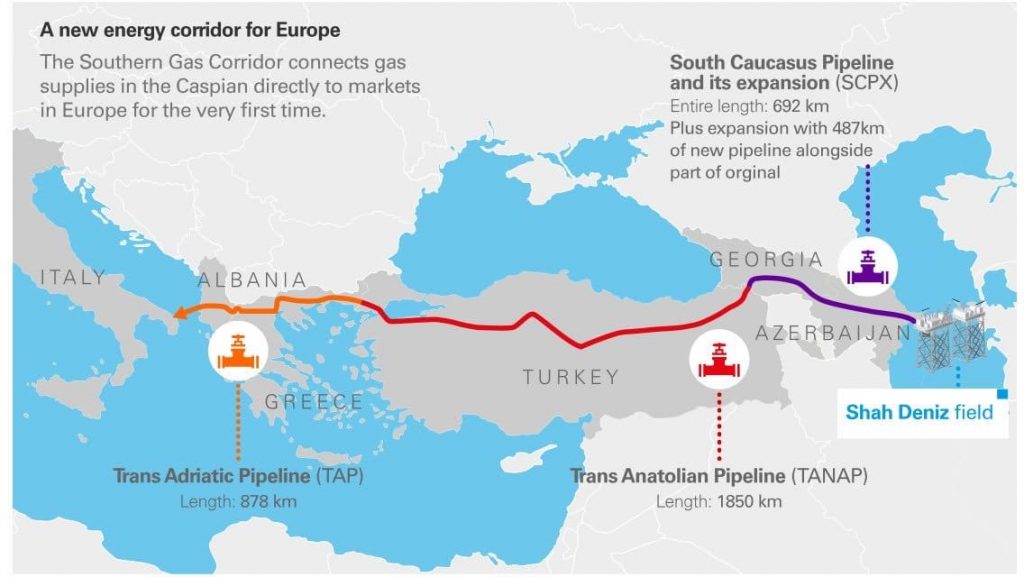 The U.S. expressed support for the project. Sandra Oudkirk, deputy assistant secretary in the U.S. Bureau of Energy Resources, told Turkish media members in Ankara that TANAP would bring diversification of supply and energy security to European countries and to Turkey, state-run Anadolu news agency said.

“TANAP is a strong additional element for energy security for Turkey and Europe. The U.S. government supports the project on a policy basis,” she said. “We are supporting it even though there is no direct investment in it.”

She added that TANAP is pretty much universally good. “It’s good for Azerbaijan, good for Turkey. Once the TAP [Trans Adriatic Pipeline Project] is built, it will also be good for Europe.”

During his address to the audience, the Turkish president thanked the U.S. and EU for their support for the completion of the project.