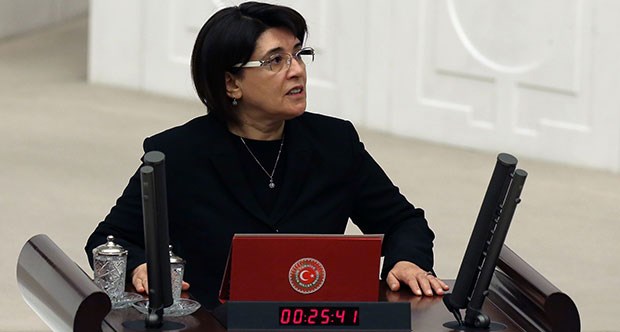 In a dramatic setback that reminds the disheartening days of the 1990s regarding Turkey’s intractable Kurdish conflict, Turkish Parliament removed lawmaker status of Leyla Zana,  an iconic figure — the very embodiment of the Kurdish political movement brutally suppressed by the state institutions back then.

In a defiant challenge to the Turkish state and its regressive ban on the Kurdish language, she took her oath in her mother tongue during the oath ceremony in Parliament.

Her displayed resistance unleashed the demons of authoritarian nature of the state, prompting a swift prosecution. Handcuffed by police, she left Parliament under the watchful gaze of the national media.

The picture was a victory for the outlawed rebels. For them, the Turkish authorities would never consent to allow Kurds to pursue their cultural and political rights through legitimate channels in the political realm.

Turkey’s democratic landscape was gutted by the security-first mindset represented by the military. The arrest of Ms. Zana in front of media vindicated the argument of armed rebels who vied for the control of Kurdish political cause against figures who defended Parliamentary politics.

In 1994, Ms. Zana lost her lawmaker status by a Parliamentary decision. Adding to that she was sentenced to 10 years in prison by a court. Twenty-four years later, she lost again her deputy status, this time over a technical matter which her party, People’s Democracy Party (HDP), deemed to be executed over political motivations.

According to a bylaw of Turkish Parliament, she was absent for 212 days in the legislative body, a factor that instigated the process of her removal from Parliament.

It all started after Nov. 1, 2015 elections when she was elected as Agri deputy from HDP.  She again did not comply with the bounds of oath-taking ritual and changed the wording of the text as she sworn in.

Instead of using “the Great Turkish nation,” she used the phrase “the great Turkey nation” during the oath. Deniz Baykal, who was the speaker of the first parliamentary session due to his age, immediately declared her oath void and null.

That was the beginning of the process in the leading up to her final removal. She was unable to attend parliamentary sessions, unable to vote on the floor of Parliament, and would not take part in any legislative activity. Therefore, expectedly the long absence eventually culminated in her expulsion.

Still, it left an indelible mark on the political consciousness of Kurdish women as HDP’s women branch shared a message on Twitter. It denounced the parliamentary decision and said a lawmaker represents her own people who voted for her. Only the electorate has the right remove her from Parliament, HDP said in a statement.

Ms. Zana’s personal saga, her incomplete foray into politics reveals a flawed system, which HDP believes, is rigged against Kurds.

On the same day, Abdullah Zeydan, another HDP lawmaker, was sentenced to eight years in prison. To add salt to the wounds of Kurds, policemen who rolled an armored vehicle over two Kurdish kids, killing them were acquitted of any crime. The court refused the prosecution’s demand for a prison sentence and said the incident was an accident.