Hasan Aksoy, a teacher dismissed in a decree by the Turkish government during the emergency rule in the aftermath of a failed coup in 2016, embarked on a dingy boat along with his wife and young baby in a bid to reach the Greek island of Lesbos on Sunday.

Having failed to find a decent job, leaving his country became the only viable option, and probably an imperative. The dearth of job opportunities for more than 150,000 dismissed public workers condemn the majority of them to live in a state of penury.

And conditions have never got better, only worsened even after two years when a state of emergency imposed and when the first decrees issued, enabling the government to circumvent existing laws to purge of perceived non-loyalists in civil service and the military.

Even after its official end, the abiding legacy of the emergency rule has seeped into the very nature of the Turkish Penal Code and has become the law of the land with ominous repercussions for countless people like Aksoy. 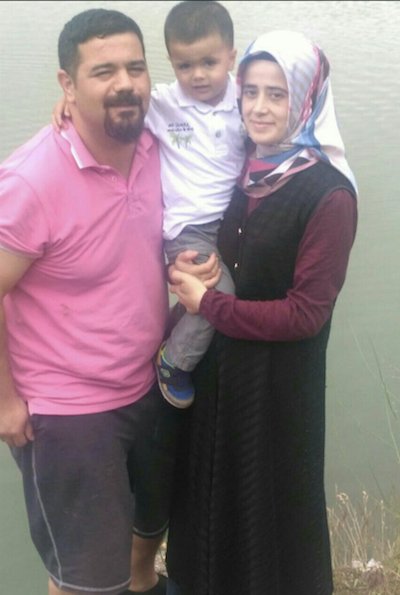 It is these conditions that prompted the former teacher and his family to get on a boat along with 13 others on an escape journey to the Greek island, a descent into an unknown and unexpected end. Six people, including Aksoy’s wife and young son, drowned near the coast off Turkey on early Sunday.

Other people were rescued by Turkish coast guards. The tragedy that took the asylum seekers into its grip has not abated there.

First, the mayor of Bursa Metropolitan Municipality ordered municipality officials to deny funeral service and vehicle for the deceased people.

He grounded his controversial decision on the assumption that they were perceived to have ties to Gulen Movement. “There is no service to FETO members,” Mayor Alinur Aktas reportedly instructed his personnel.

The Turkish authorities designated the civil society group as an outlawed organization and blame it for the abortive 2016 coup attempt.

But the government treats every real or perceived sympathizers in the same way along with actual coup plotters and renegade troops. With a blanket definition, teachers, diplomats, judges, prosecutors, military personnel and other public workers are deemed as “terrorists” and “FETO” members without proper judicial process.

The European Commission, the executive branch of the EU, joined the fray and criticized the denial of funeral service to the victims.

The second shock came when Aksoy who still mourns for his losses and who plunged into a severe state of trauma after witnessing the drowning of his beloved ones was arrested by police over Gulen ties.