Being a Foreign Journalist in Istanbul: Turkey’s Long Shadow

Covering Turkey as a foreign journalist involves working under a very long shadow. A shadow cast by a still hugely vigorous 64-year old man, 1.85 meters tall, who has ruled the country for the last 15 years. And after winning elections on June 24, will do so for at least another five years, possibly ten. Recep Tayyip Erdogan. 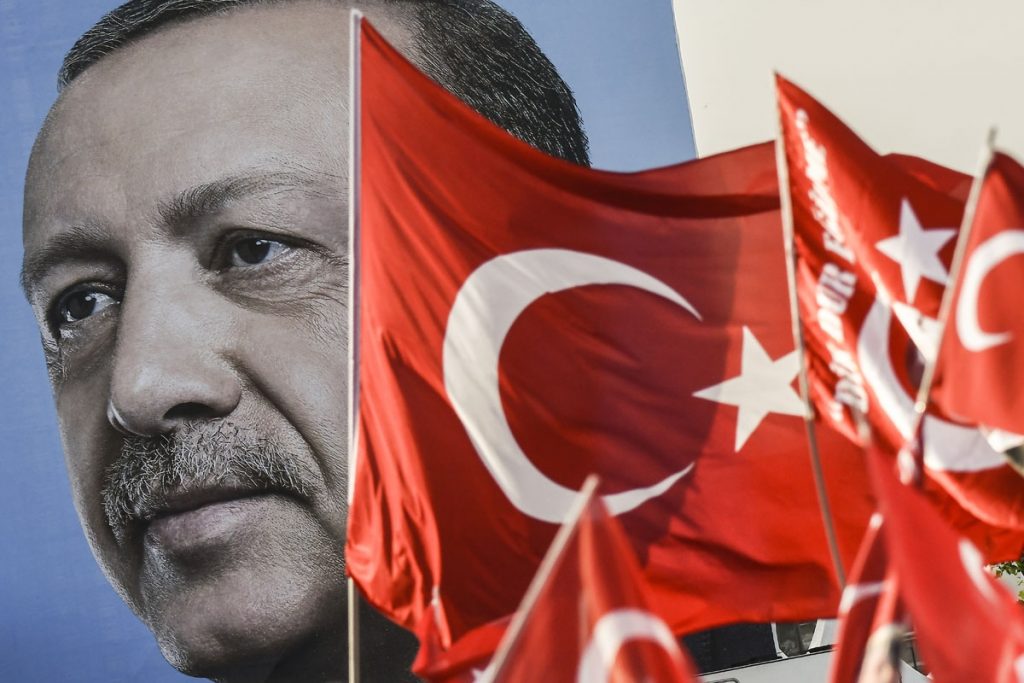 However much I try to find the “real Turkey” away from politics — and in this alluringly diverse country it can be pretty much anywhere from a sun-kissed beach on the Aegean, a tea house in central Anatolia or a drenched temperate forest above the Black Sea — it is hard to escape Erdogan’s domination of the country. Not only does his face often peer down from billboards promoting an upcoming rally or hailing a new project and his voice echoes out from the television, but people in Turkey just cannot stop talking about “Tayyip.”

He is the center of conversation everywhere from the funky coffee shops in Istanbul to the tea gardens under the shadow of a mosque, irrespective of people’s points of view. Differences of opinion about him divide families and friends, leading to ceaseless debates and on occasion something sharper. For his supporters, Erdogan is nothing less than Turkey’s savior, the man who made the country stand taller than any time in its post-Ottoman history and defeated the bloody July 15, 2016 coup bid against his rule. But for detractors, Erdogan is taking Turkey on dangerous path economically and politically, presiding over the widest crackdown in its history that has included the arrest of journalists and opposition.

Once at a provincial airport, I witnessed a fight erupt between an Erdogan supporter and an opponent. The pro-Erdogan man was listening to a speech by the president on his mobile phone. “Turn that noise off, can’t I read in peace?” said the other man. “I have every right to listen to my president,” retorted the other. Security eventually intervened. With Erdogan’s victory in the June 2018 elections, which gives him a new mandate with bolstered powers as well as a majority in parliament with his nationalist allies, his domination is set to only intensify and that long shadow set to become even greater. Even after the election, his face is still ubiquitous in Istanbul in what might be something quite unique to Turkey — post-election propaganda. “Our nation won, Turkey won, thank you Istanbul!” reads the slogan.

My daily routine in Istanbul normally starts with the same habit. The alarm goes, the seagulls squawk from the rooftop, a foghorn boom across the Bosphorus, maybe the morning call to prayer is starting and people are already talking in the street. 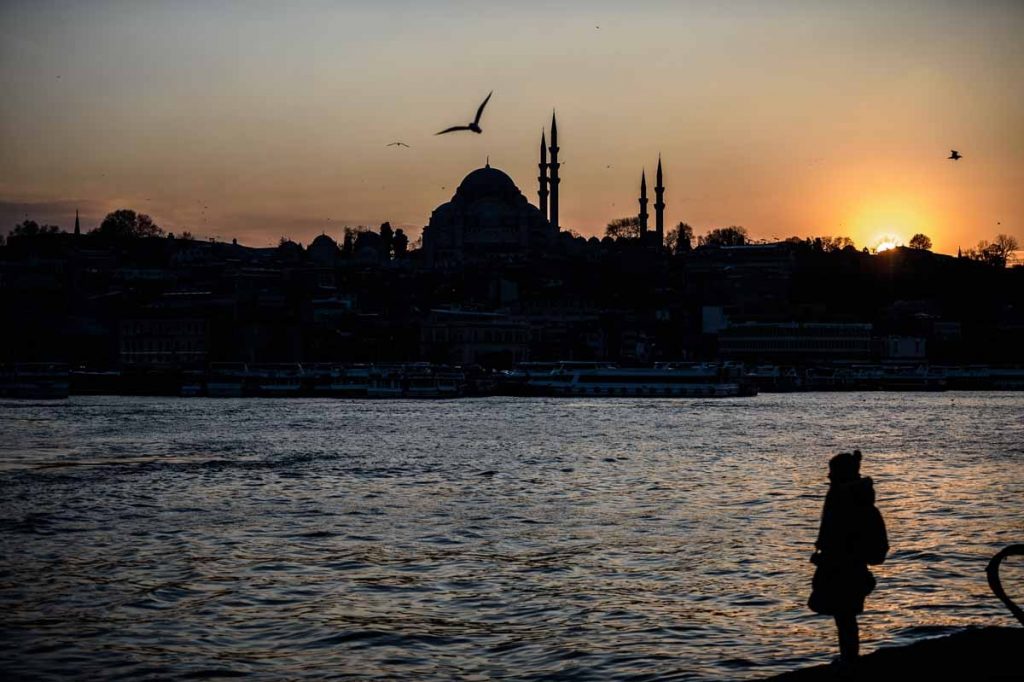 I rub my eyes and prepare for another day. I reach for my phone and check a well-visited website; tccb.gov.tr. This is the website of the Turkish presidency and it is here that early every morning, in a little box in the top left-hand corner, that Erdogan’s daily schedule is published. As a news agency correspondent, however much one tries to look for alternative voices, Erdogan will always be there. Erdogan is, to borrow a term from a former head of state in another country, is a “hyper-president”. Sometimes he will give three speeches in a day. Not to mention meetings with heads of state from all corners of the world, welcomed with lavish ceremonies in Ankara. And then, if that were not enough, how about a late-night television interview? Erdogan’s voice impacts everything that happens in Turkey and how it is perceived from the outside.

This is exactly how it is intended. Erdogan’s voice dominates television, still the key news source for the majority in Turkey. That familiar voice booms out from all corners, from live transmissions on mobile phones, out of windows, out of cafes. “Eyyyyy!” he booms, a Turkish exclamation meaning “Heyyy!”  This usually indicates Erdogan is about to launch one of his verbal broadsides against something, be it the E.U. and the U.S. (although anti-Western rhetoric did not feature so prominently in this campaign) or a political opponent. Everything stops when he speaks live, as all the rolling news channels interrupt their programming to broadcast his speeches in real time.

In the election campaign, his main opponent Muharrem Ince was given some but much more limited airtime. I watched in open-mouthed astonishment as state-run TRT did not air a second of Ince’s final Istanbul rally live, instead broadcasting archive footage of former Turkish presidents. In revenge, Ince kicked TRT reporters out of his post-election press conference. Others fared even worse — Meral Aksener, the leader of an anti-Erdogan nationalist party, received such limited airtime that some analysts argued potential nationalist voters in the interior may not have even been aware of her candidacy.

Before arriving in Turkey in 2014, I had worked in Russia for over five years and am naturally fascinated by the parallel political careers of Erdogan and Russian President Vladimir Putin.

The similarities are well documented — men in their mid-sixties who helped pull post-imperial modern states out of economic crisis and gave them more punch on the international stage, often at the expense of relations with the West. Much of their popularity, it can be argued, comes from being strong and defiant chiefs in countries that still hanker after such leadership even after the dissolution of empires. But there are less well-emphasized differences — partly due to the contrasts in Turkish and Russian society as much as the leaders themselves. For one, Putin talks far less than Erdogan. The Kremlin chief rarely gives speeches except on big set-piece events. Erdogan, by contrast, can give three (hour-long!) speeches a day. In this last election campaign, Erdogan has given dozens of speeches across the country. In Russia’s latest presidential election, Putin did not give a single formal campaign speech of any length (in the 2012 campaign, which I covered, he had spoken at one mass rally, at Moscow’s Luzhniki Stadium).

The fact remains that, despite all the well-chronicled inequalities in Turkey’s campaign, Erdogan faced a genuine contest in these elections which many analysts even thought would go to a second round. For Putin, by contrast, the 2018 elections seemed more like a coronation. Demographics explain a lot. Turkey is (almost) split evenly between those favoring and opposing Erdogan, who got over the finishing line with 52.6 percent of the vote. Putin won over 76 percent of the vote in Russia’s elections and for all the suppression of the opposition in Russia, it’s still safe to say he enjoys the support of a vast majority of Russians.

To win, Erdogan needs to fire on all cylinders and be at the top of his game. Ince in the campaign did not hold back from denouncing Erdogan on every issue from the economy to foreign policy and broke many taboos on the way. Like any Western politician, Erdogan needs to steer clear of campaign gaffes: when he vowed to step down if Turkey had “enough” of him, the Turkish word for “enough” (“Tamam”) within hours became a viral hashtag and it was rapidly exploited as a slogan by the opposition.  Putin, who did not feel the need to take part in any election debates, did not have to break into a sweat. And in Russia the person able to most effectively tackle Putin on the big issues, the anti-corruption campaigner Alexei Navalny, was controversially barred from running due to a conviction.

Covering Turkey involves — and in the next years will involve — striking the very fine balance between giving Erdogan the prominence his voice deserves without reducing the country to being symbolized by a single human being. Turkey just about Erdogan, Russia about Putin. It’s vital to give an idea of the nuances that should be behind attention-grabbing headlines. Erdogan’s support is by no means uniform across the country. In a province called Bayburt in northeastern Anatolia he polled over 82 percent of the vote in the presidential polls but in Kirklareli in Thrace under 30 percent.  In Istanbul, where I live, politics are so finely balanced that Erdogan won precisely 50.00 percent of the vote. A ten-minute taxi ride can take you from a district of Erdogan lovers to one of Erdogan haters. In Ankara, he won 52.5 percent. Moreover, Erdogan will have to govern in tandem with his potentially awkward nationalist allies after his ruling party actually failed to win a majority in parliament. 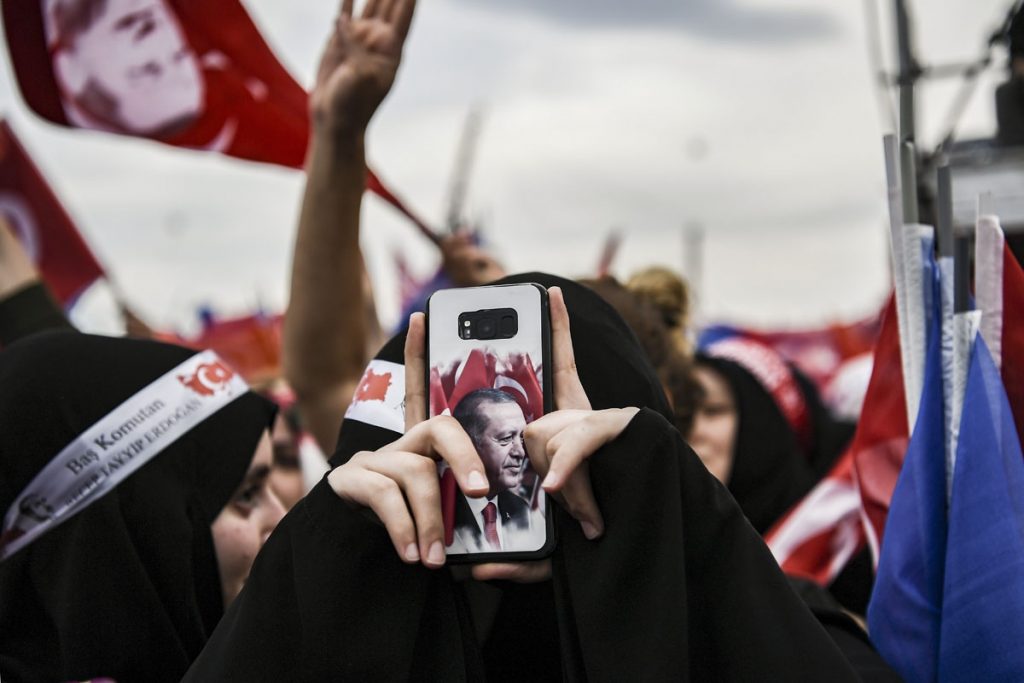 And however powerful Erdogan is under the new constitution, there are other — often under-reported — factors that make the country tick. The importance of its multisports clubs, best known for their football branches, that are a key aspect of society. The vast Turkish industrial holding companies, that often make no comment on politics, but have huge interests in sectors from energy to consumer goods and may have made the fridge in your kitchen or the trousers on your legs. But I know, so long as I work in Turkey, my first act of the day as the seagulls squawk and the Bosphorus foghorns blare will be to check tccb.gov.tr on my phone and see what Erdogan is planning for another day. 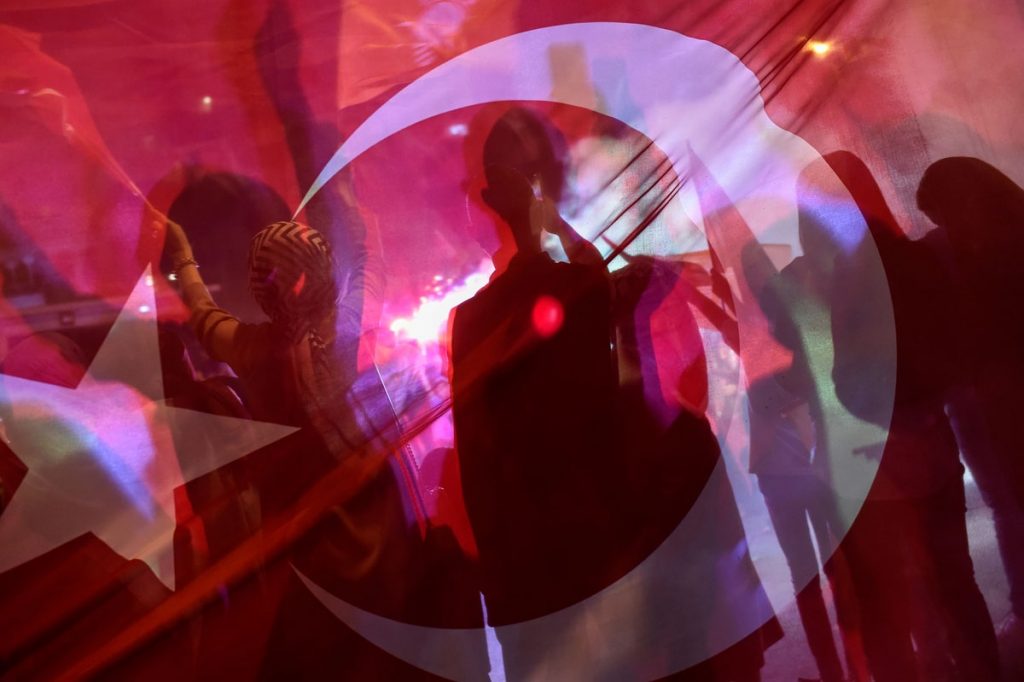 Erdogan’s Election Victory: Implications for Turkey and the Middle East