Video: Scared Erdogan Reacts to Supporter Who Tries to Hug Him 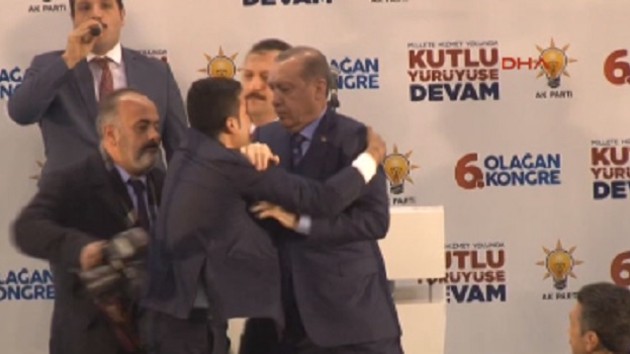 President Recep Tayyip Erdogan was caught off the guard when a supporter jumped to the stage to hug him and showed a great reaction to his fan in a display of fear during a party gathering in the southeastern province of Sirnak on Saturday.

The president who unveiled new projects of his party during an address to Kurdish supporters of the ruling Justice and Development Party (AKP) appeared to be shocked when a supporter tried to hug him at the end of his speech.

His guards immediately captured the Erdogan fan and steered him away from the stage. Other supporters also were surprised by the incident.