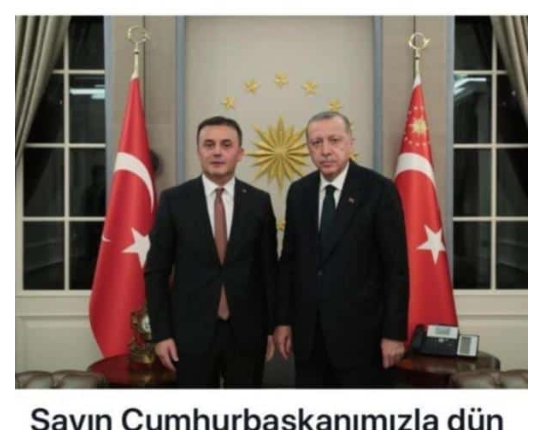 The meeting surfaced after Kocaman shared his pictures with Erdogan on his personal Facebook account with a caption that said “Last night, with Mr. President.”

Turkish media pointed out that the controversial meeting occured on the night of the day, when ECtHR issued its ruling on Demirtas. Europe’s top court called on Turkey to release the HDP co-chair, who has been behind bars for two years on charges of “terrorism”.

Acknowledging that Demirtas was arrested “on reasonable suspicion” of committing a crime, ECtHR ruled that the grounds for keeping him in pre-trial detention was not “sufficient.”

The detention has been an “unjustified interference with the free expression of the opinion of the people and with his right to be elected and to sit in parliament,” according to the court, which referred to Demirtas’ position as a lawmaker.

ECtHR’s call was met with Erdogan’s public rejection, who said that the ECtHR decisions would not be binding for Turkey. However, the country is among the signatories of European Convention on Human Rights (ECHR), which is the basis for ECtHR verdicts.

Another comment on the Demirtas ruling came from Turkish Justice Minister Abdulhamit Gul. The minister asserted that the country’s judiciary was “independent” and it would decide whether or not the politician should be released pending trial.

Demirtas ran for president from prison in the June 24 elections, garnering 8.4 percent of the votes. He came third behind Erdogan and main opposition Republican People’s Party (CHP) candidate Muharrem Ince.

Turkey’s Interior Minister to Kurdish Lawmaker: You Have No Right to Live