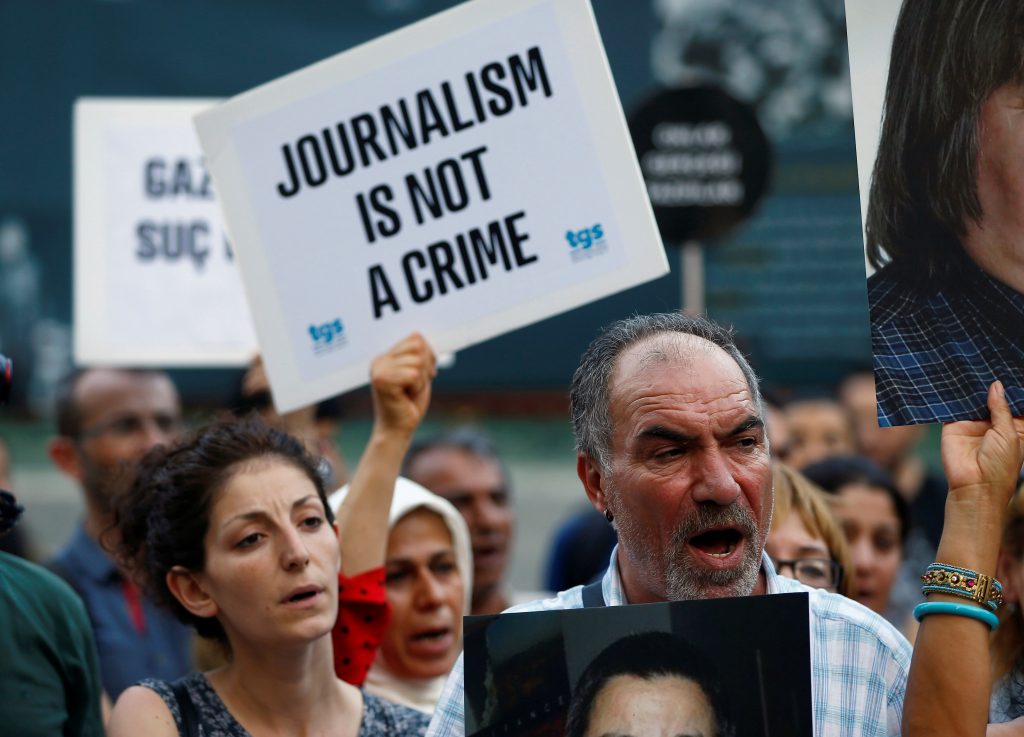 A riveting report by New York-based press advocacy group, the Committee to Protect Journalists (CPJ), shows that Turkey, again, remains as the world’s worst offender in media freedom for the second year with 73 journalists behind bars.

“The number of journalists imprisoned worldwide hit another new record in 2017, and for the second consecutive year, more than half of those jailed for their work are behind bars in Turkey, China, and Egypt,” the CPJ said on Wednesday, releasing its annual report to measure the state of press freedom around the world.

The number of the jailed journalists down to 73 from 81 last year, but the conditions for press members in Turkey remain disheartening, according to the watchdog.

“Far from isolating repressive countries for their authoritarian behavior, the United States, in particular, has cozied up to strongmen such as Turkish President Recep Tayyip Erdogan and Chinese President Xi Jinping,” the CPJ stated.

To make matters worse, it underlined, “President Donald Trump’s nationalistic rhetoric, fixation on Islamic extremism, and insistence on labeling critical media “fake news” buttressed the conditions that allowed other strongmen to repress press in their countries to stifle dissent and critical voices.

Turkey was an open prison for journalists, the CPJ last year said.

In the year since then, nothing appears to have changed. As recently as last week, a Turkish court refused to release the majority of the journalists in a major media trial against 30 journalists. Only three were released pending trial.

The government crackdown against the press accelerated in the aftermath of an abortive coup in 2016 summer, leading to the shutdown of more than 160 media outlets and detention of nearly 200 journalists.

Many of them were released later. Still, the CPJ figure differs from other press rights groups’ numbers on jailed journalists.

According to Istanbul-based P24, a platform for independent journalism, the number of journalists behind bars was 153 as of early November.

Turkey Hits Back at US National Security Advisor’s Remarks