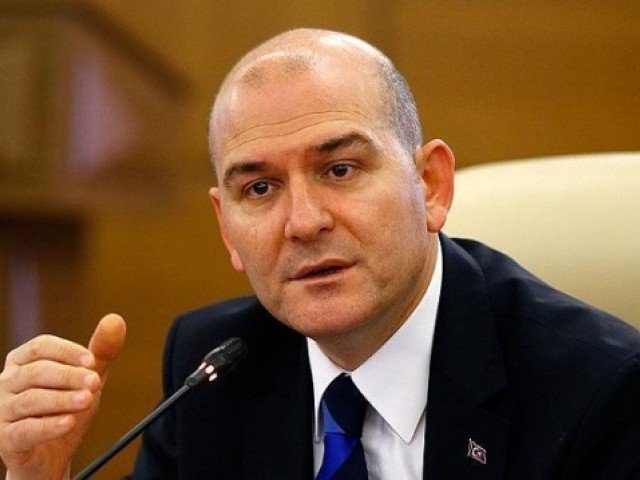 Turkey’s interior minister sparked public outrage when he said the police should “break the legs” of drug dealers.

Interior Minister Suleyman Soylu, a favorite with the grassroots of the ruling Islamic-rooted Justice and Development Party (AKP) for his tough approach to crime, made the remarks at an anti-drugs conference earlier this week.

“I don’t care how much they will condemn and criticise me, but a police officer who does not break the leg of a drug dealer when they see them cannot be considered to have fulfilled his duties,” Mr. Soylu was quoted as saying by Turkish media.

He went on to say he would personally assume full legal responsibility if Turkish police officers took such actions.

“Anyone who does what’s necessary against such people (drug dealers) — who take the lives of my country’s youth, who poison them and put their families into misery — can put the responsibility on me.”

“The order, which constitutes an offense, cannot be fulfilled under any circumstances, whoever fulfills it cannot be free of responsibility,” she said, quoted by Turkish media.

She said under the penal code the person who publicly encourages the committing of such an offense can be punished with a jail sentence of up to five years.

Istanbul Bar Association chairman Mehmet Durakoglu said that Soylu’s comments flew in the face of the presumption of innocence which was key to the legal system.

“This (Soylu’s remark) is in quite a clear way criminal. I cannot accept that such words are said, even in irony,” Mr. Durakoglu said, quoted by the Dogan news agency.

“It’s not right that such things are going to make the fight against drugs more effective,” he added.

The spokesperson for Turkish President Recep Tayyip Erdogan, Ibrahim Kalin, however, backed the comments, describing them as an “expression of determination.”

Mr. Soylu, who was named interior minister in 2016, has risen to prominence by forcing an unrelenting fight against outlawed Kurdistan Workers Party (PKK) militants in the southeast.

Turkey Dismisses US Verdict Against Turkish Banker As ‘Unjust’